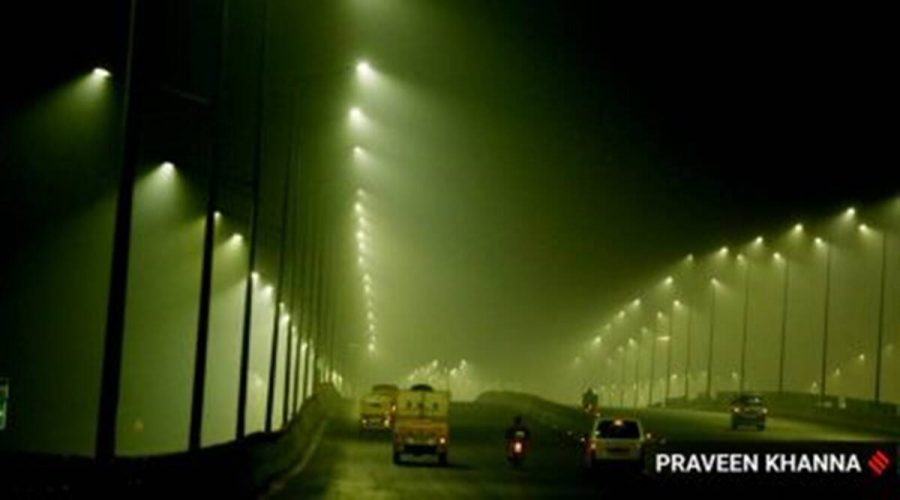 A cold wave is declared along the plains when the minimum temperatures fall by 5 to 6 degrees Celsius from the normal. North India is bracing for yet another cold week, with the India Meteorological Department (IMD) warning that cold to severe cold wave conditions are likely to prevail till January 15 even as southern regions are likely to experience wet weather.

A cold wave is declared along the plains when the minimum temperatures fall by 5 to 6 degrees Celsius from the normal.

The minimum temperatures in most north and north-western regions — Punjab, Chandigarh, Delhi, Haryana, Rajasthan and west Uttar Pradesh — will see a fall of anywhere from 2 to 4 degrees Celsius in the night temperatures during the next four days. Dense fog shall engulf these areas in the upcoming three to four days, the Met department has warned.

On most days last week, a stream of western disturbances had crossed the extreme northern regions of the country, with many areas in Jammu and Kashmir, Ladakh and Himachal Pradesh reporting severe snowfall that threw normal life out of gear. Air and road traffic at several places were also badly hit.

“Due to the prevalence of cold and dry northerly winds, the minimum temperatures would gradually fall in parts of north and northwest India. Cold wave to severe cold wave conditions are expected at isolated places of Punjab, Chandigarh, Delhi, northwest Uttar Pradesh and Rajasthan till January 15,” read the IMD’s forecast issued on Monday.

The minimum temperatures in the national capital have been gradually showing a declining trend since the last two days while on Monday, Churu in Rajasthan recorded a minimum of 1.9 degrees Celsius.

But in south India, stark contrasting weather is taking shape with the Regional Meteorological Centre (RMC), Chennai, warning of widespread rainfall, thunder and chances of lightning till early Friday. “This will be mainly under the influence of the presence of a cyclonic circulation laying off Sri Lanka coast over the Bay of Bengal,” stated the weather update issued by RMC, Chennai.

As a result, Tamil Nadu, Pudduchery, Karaikal, Mahe and Kerala will experience wet days till the end of this week.

Till January 11, Tamil Nadu has recorded a whopping 751 per cent excess rain, mainly on January 1 and 7. Chennai also broke a century-old rainfall record for the month last week, when the metro city recorded 126mm of rain within 24 hours on January 7.

This exceptionally wet January over Tamil Nadu was triggered by moist and strong easterly winds blowing over from the Bay of Bengal.