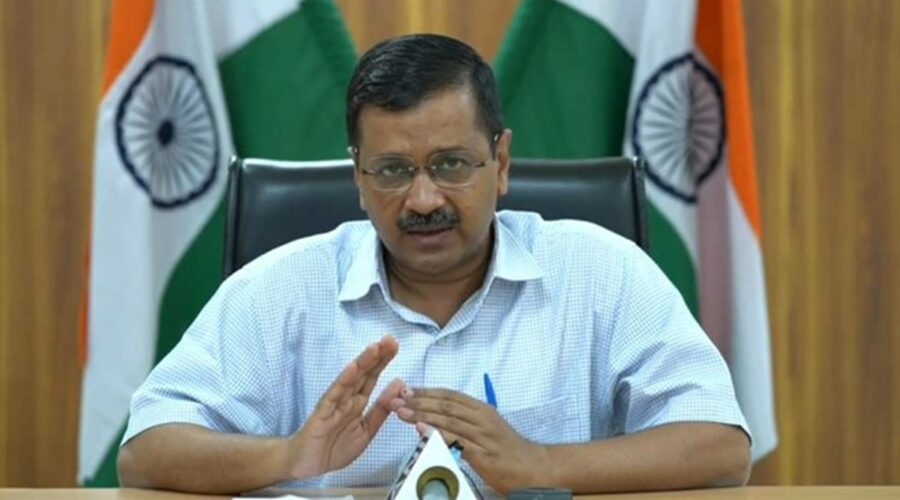 This is the Delhi CM's third visit to Punjab within two months. The AAP national convenor's visit is seen as an attempt to reach out to the Hindu community in the state ahead of the assembly elections. Delhi CM and AAP national convenor Arvind Kejriwal will visit Jalandhar on Tuesday to take part in jagran (prayer meet) at Devi Talab Mandir on the occasion of Navratri.

AAP state co-incharge and Delhi MLA Raghav Chadha informed that Arvind Kejriwal will arrive in Jalandhar Tuesday afternoon and will leave on Wednesday afternoon. “The Delhi CM is coming to pray for the wellbeing of the state and the prosperity of all the residents of the state. He is also coming to pray for love and cordial relations between all communities in Punjab,” said Chadha.

Kejriwal’s visit is seen as an attempt to reach out to the Hindu community in Punjab ahead of the assembly elections. He is also expected to visit the family of Sewa Singh Sekhwan who died a few days back after prolonged illness. The veteran politician from Gurdaspur had been inducted into AAP by Kejriwal shortly before he passed away.

A meeting with industrialists in Jalandhar is also on the cards though Raghav Chadha said that nothing has been finalised so far. This is the third visit of the Delhi CM to Punjab within two months and the second within 15 days. He had earlier visited Ludhiana on September 30 and interacted with the industrialists besides announcing free medical facilities in the state if AAP comes to power in 2022 polls.