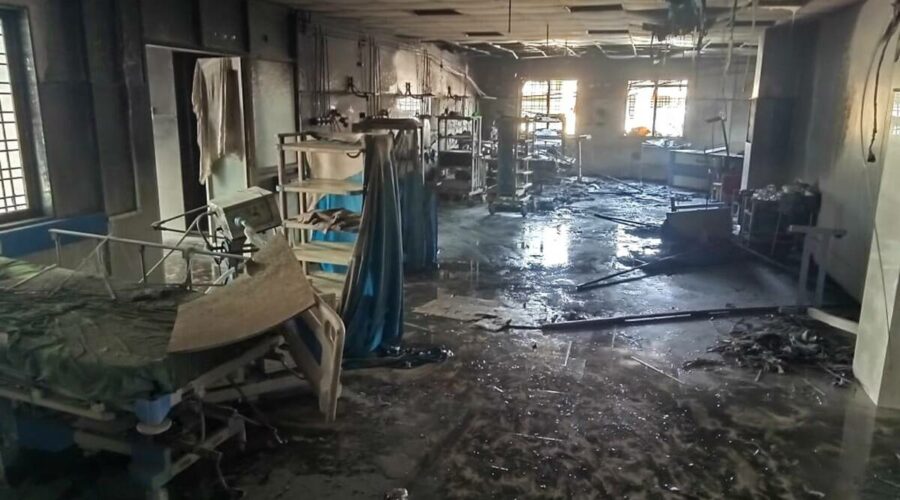 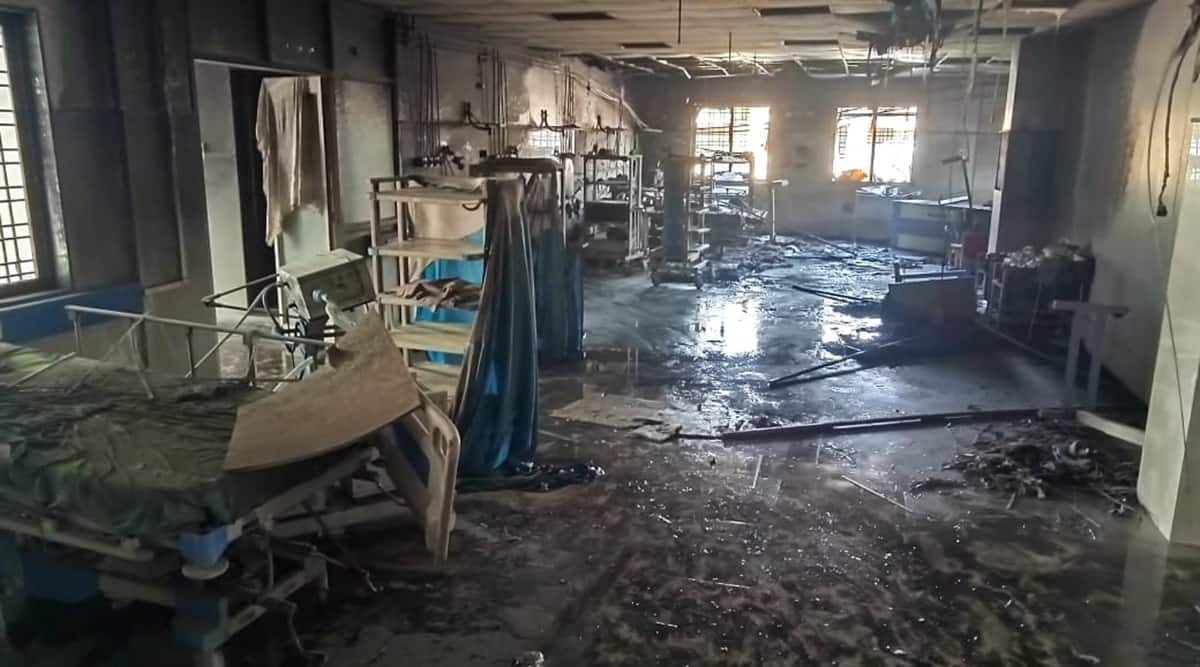 A court in Ahmednagar on Friday granted bail to a resident doctor and three nurses who were arrested last week on charges of culpable homicide and negligence in connection with the district hospital ICU fire that led to the death of 12 Covid patients on November 6.

“As the order came after 5pm in the evening, they will be released on Saturday morning,” Makasare said, adding the bail has been granted on certain conditions “like they would cooperate with the investigation and wouldn’t tamper with the prosecution witnesses.”

“The three nurses and the doctor have been granted bail,” confirmed Superintendent of Police Manoj Patil.

The family members of the women along with members of the Indian Medical Association (IMA) and a nurses’ association maintained that they were made scapegoat in the incident, adding they would now push for the charges against them to get revoked.

Rajendra Popat Shinde, father of Dr Shinde, 27, told The Indian Express, “I just want to get my daughter home. She is already extremely scared and nervous. We need to make her stand on her feet again as the battle isn’t over yet…the road ahead will be more challenging.

“We will celebrate when my daughter will be clear of the charges,” Rajendra, who travelled 55km along with his wife and elder daughter, who is also a doctor, to reach the court, said.

Dr Sachin Vahadane, secretary, IMA-Ahmednagar, said, “We will meet Dr Shinde’s family and the nurses’ association tomorrow (Saturday). We are already in talks with the state government to revoke the charges.”

He said the State health minister and department officials apart from PWD officials should be held accountable for the deaths.

Dr Shinde and nurses Pathare, Shaikh and Anant were arrested on November 9 under Sections 304 (punishment for culpable homicide not amounting to murder) and 304 A (causing death by negligence) of the Indian Penal Code.

They were produced at the district court and remanded to judicial custody until November 24.

Coming out in support of the three nurses, hospital supervisor Indira Dulguch said they were “at the forefront of helping patients and their relatives who had crowded the area.”

She said it was Pathan who raised the first alarm about the fire.

“I was sitting just outside the ICU ward. The moment she (Pathan) came shouting, I alerted our security, Fire Brigade, doctors and the entire staff,” said Dulguch, adding the entire hospital staff tried to quickly douse the fire. “We all surrounded the ICU and tried to break its windows. Some of the security personnel entered the ICU ward. The nurses tried to douse the fire with the fire extinguishers available in the ICU but their efforts proved futile as the fire had turned into an inferno. It was pitch dark and there was smoke everywhere. The false ceiling of the ICU had also started falling on those entering the ward,” the supervisor said.

While Pathare is a permanent employee of the hospital, Pathan and Channa, who worked on contract, have been dismissed from service. “Those who are on contract in a government hospital and are charged with any act of negligence lose their job,” said a hospital official.

Pathare reportedly draws a salary of nearly Rs 40,000 per month, the other two nurses earned Rs 12,000 per month. “Pathan has been working for nearly 10 years while Channa for five years. They have a contract of 11 months, which is renewed every year,” said Surekha Andhale, president of the Maharashtra Arogya Paricharika Sanghatna, a nurses’ association. “Injustice has been done to those who were not even remotely connected to the fire. That’s why we will fight for the three nurses,” said Andhale.

Meanwhile, a committee probing into the fire will submit its report by November 26, state health officials said.

The state government had suspended Ahmednagar district civil surgeon Dr Sunil Pokharna and medical officer Dr Suresh Dhakne along with Dr Shinde following the fire. Later, on November 10, the suspension of Dr Shinde was revoked. According to acting civil surgeon at Ahmednagar district hospital Dr B K Ramteke, “Dr Vishakha Shinde was a PG student and resident doctor, but not a permanent employee. So, the state government has revoked her suspension.”