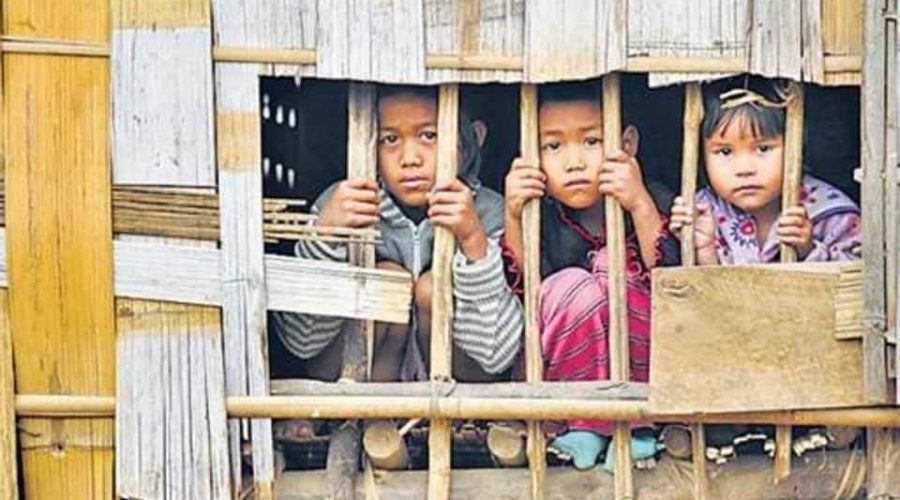 The Tripura police have registered a case against the organisers of an indefinite strike against the Centre’s move to have Bru migrants settled in a particular subdivision in the state.

Nagarik Suraksha Mancha and Mizo Convention have come together under the banner of Joint Movement Committee and started the indefinite strike from Monday demanding that the migrants be settled in all the eight districts of the state.

The local administration imposed restrictions on the public movement on the second day of the strike on Tuesday following an assault on a water supply operator. The strike continued despite the prohibitory orders, prompting police to file the case.

“We have registered the case against the protesters for violating the prohibitory order. Legal action will be taken against them. We will share details after a meeting,” said police superintendent Bhanupada Chakraborty.

An official said the police and Tripura state rifles personnel have been deployed in the area to avoid any untoward incident. “The restriction on public movement is in force since November 18. But the protesters violated the norms and stuck to their protest though in a peaceful manner,” said the official.

Over 32,000 Bru migrants have been staying in six relief camps in Tripura after fleeing Mizoram over two decades after an ethnic clash in 1997.

The Centre in January signed an agreement with the governments of Tripura and Mizoram for a permanent settlement of the migrants in Tripura. The Centre has announced Rs 600 crore package for the resettlement.