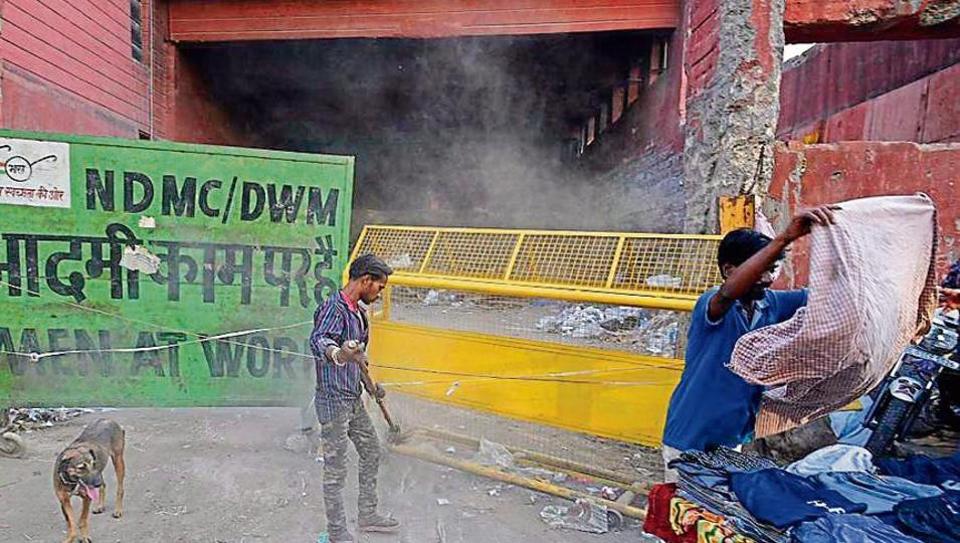 The North Delhi Municipal Corporation on Saturday closed the dhalao (garbage collection point) at Fountain Chowk opposite Sis Ganj Gurdwara as part of its drive to improve the sanitation situation in the Walled city.

The large space will now be “repurposed” as part of the Chandni Chowk redevelopment project.

The civic body corporation officials said shutting the dhalao was important as it was “spoiling the historical and religious character of the area.”

North Corporation commissioner Varsha Joshi said, “The dhalao was right at the entrance of the Chandni Chowk Metro Station which is used by domestic tourists, foreigners and diplomats who come to visit old Delhi. It, unfortunately, gave a poor first impression of the area to visitors. The building, which houses the dhalao and a night shelter (for the homeless people) will be rebuilt and repurposed.”

Shifting of the dhalao has been a long-standing demand of the local residents and traders as well. “This dhalao smelled so bad, especially during summers and monsoon, that you could notice it from far away. Also, the dumpers coming here to lift the garbage would create a traffic mess on a daily basis. It was an eyesore. We have been asking the authorities to remove it for a very long time. We are happy that they have finally closed it,” said Sanjay Bhargava, President of the Chandni Chowk Sarv Vyapar Mandal (traders’ association).

A senior North Corporation official said that the dhalao could be used to accommodate a public toilet or could also be turned into a tourist facilitation centre as many foreign tourists often begin heritage walks from here.

Last week, Delhi lieutenant governor Anil Baijal had asked all stakeholders of the Chandni Chowk redevelopment project to explore the possibility of shifting the planned public utilities, which are currently proposed on a 3.5-meter central median, elsewhere. The utilities include transformers, public toilets and kiosks among others.

The LG’s plea had come after the Delhi Urban Arts Commission (DUAC) had raised an objection to the proposal of installing these utilities in the middle of the road.

The Shahjahanabad Redevelopment Corporation (SRDC) is engaged in the redevelopment of the Chandni Chowk area where a 1.5 km-long stretch from Red Fort to Fatehpuri mosque is planned to be completely pedestrianised. Under the plan, power transformers, police booths, public conveniences and other facilities are proposed to be placed on a 3.5 metre-wide central median.

In another move to improve the sanitation situation in the Walled City, the civic agency has also engaged an NGO, ‘WoW’ (Well-being Out of Waste) for door-to-door waste collection and segregation of garbage in the area.