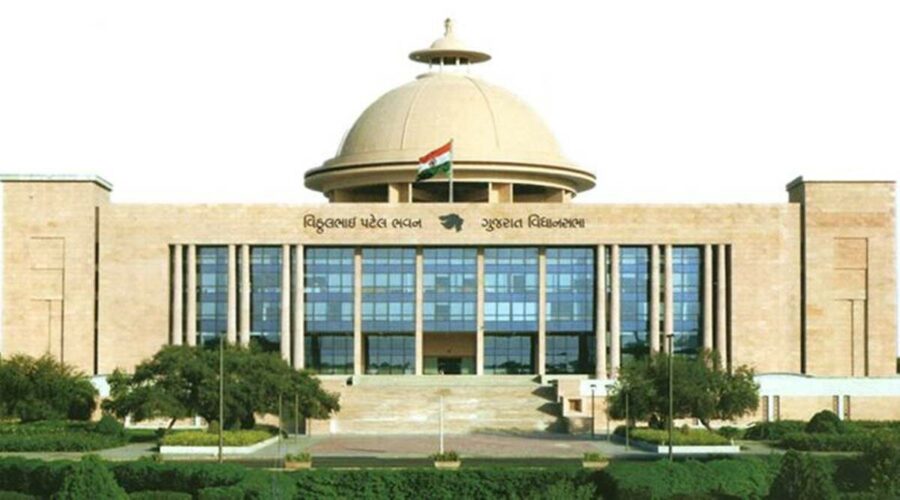 With this, minority institutions have been covered under the same selection process being followed for government and grant in aided schools. With the Gujarat Secondary and Higher Secondary Education Amendment Bill 2021 passed in the Legislative Assembly on Wednesday, the state government now makes it mandatory for minority institutes to appoint only principals and teachers who have cleared TAT (teachers’ aptitude test) at secondary and higher secondary schools run by it. With this, minority institutions have been covered under the same selection process being followed for government and grant in aided schools.

Citing judgments of the Supreme Court and the Gujarat High Court, Education Minister Bhupendrasinh Chudasama said in the House that this amendment was required to bring in quality education which will be a brighter opportunity to tap the power of students.

The Education Minister Bhupendrasinh Chudasama during the discussion of Gujarat Secondary and Higher Secondary Education Amendment Bill in the Legislative Assembly made it clear that from now on the appropriate qualification along with TAT examination for appointment of principals and teachers will be implemented in minority education institutions in the state.

Giving more details, Chudasama said the process of selection of candidates in government and grant in aid secondary and higher secondary schools is being implemented in the state through a centralised system.

“But such a selection procedure is carried out without considering the marks of the TAT examination prescribed by the minority institutions to meet the qualification for selection as a teacher,” he added.

Citing the Supreme Court’s judgment in this regard, the minister said the court has made it clear that no compromise should be done in the quality of education in the national interest, irrespective of whether the education institution is run by a minority or else.

He said the government’s decision to set up a regulatory body for the appointment of teachers does not interfere in the administration of minority institutes.

The minister added that the Gujarat High Court has also issued a judgment in 2017 directing to make necessary amendments in Section 30 (a) of the Gujarat Secondary and Higher Secondary Education Act-19.

Accordingly, earlier in minority schools, the Board of Governors conducted the recruitment process without considering the education qualifications of the candidates and taking into account the TAT examination marks.

Now, as a result of the passing of this Amendment Bill, the same centralised selection process for teachers and principals being followed in government and aided secondary and higher secondary schools in the state will now be implemented in minority institutions as well.

Regarding another provision of the Gujarat Secondary and Higher Secondary Education Amendment Bill, the Education Minister said that the definition of currently recognized schools includes only the secondary or post basic schools recognised by the Director of Education, Gujarat, or the officer authorised by him for this purpose.

According to the Amendment bill, such a school will now be considered as a recognised school, namely the “Department of Education or, as the case may be, any other department of the government of Gujarat or a recognised secondary school or an official authorised by such department’ has been substituted in place of ‘director of education, Gujarat, or an officer authorised by him.”