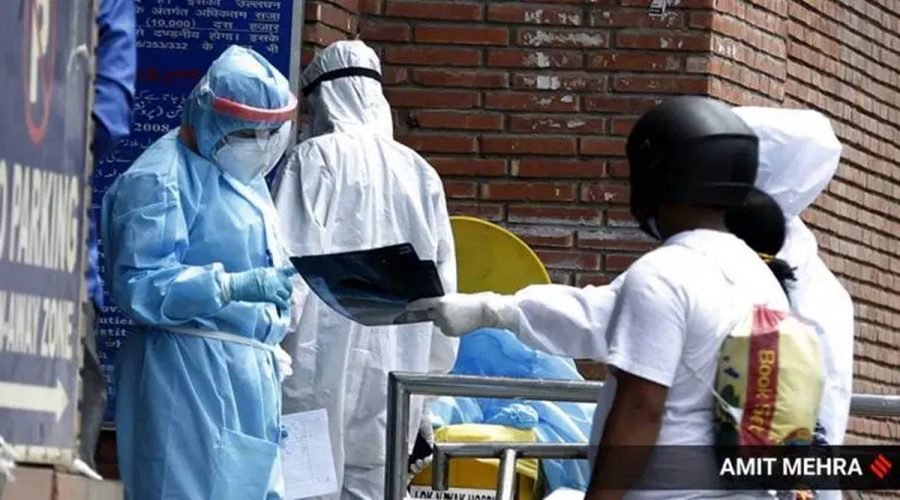 Clarifying that the final decision regarding admission is of the treating doctor and these will remain broad guidelines as it is “difficult to list all the conditions for which admission may be required”, AHNA stated. After the Ahmedabad Municipal Corporation (AMC) accused them of creating an “artificial shortage” of beds, private hospitals in the city laid down admission criteria for Covid patients.

As per the five-point criteria for admission released by the Ahmedabad Hospitals and Nursing Homes Association (AHNA), people above 60 years of age, with co-morbidities or associated medical conditions such as hypertension, diabetes, heart conditions-IHD or cardiomyopathy, those with post-transplant issues, malignancy, chronic kidney disease, obesity, chronic liver disease, HIV, chronic neurological condition, etc., and those on immuno-suppressive therapy or steroids have been listed under the top criteria.

AHNA president Dr Bharat Gadhavi said that after a telephonic communication with additional chief secretary forests and environment, Rajiv Kumar Gupta, who is in charge of Covid situation in Ahmedabad, the association had an emergency meeting with city’s Covid experts Sunday to finalise the criteria for admitting Covid patients in the designated Covid care facilities.

The second criteria has patients with persistent fever more than 101 F for more than three days followed by those with oxygen saturation (SPO2) less than 94 per cent on room air, irrespective of age.

The other admission criteria includes patients with significant breathing discomfort and increased respiratory rate irrespective of age and those with features suggestive of non-lung complications such as drowsiness and chest pain, irrespective of age.

Clarifying that the final decision regarding admission is of the treating doctor and these will remain broad guidelines as it is “difficult to list all the conditions for which admission may be required”, AHNA stated adding that details are being informed to the general public.

After a review meeting chaired by Rajiv Kumar Gupta, especially to access the bed situation in city’s Covid hospitals, Ahmedabad Municipal Corporation (AMC) stated that a few private hospitals were admitting patients with sufficient saturated oxygen levels and do not require admission.

“Such a practice of filling beds is illegal and unethical. AMC is well aware about the names of these hospitals. They are advised and informed to stop immediately the practice of creating an artificial shortage of beds,” a statement released by AMC mentioned.

“In some cases, relatives of patients have been forcing hospitals to admit patients with mild and low infection,” AHNA president Dr Bharat Gadhavi told this paper, adding that bed availability has become an issue as Ahmedabad has been witnessing a surge in Covid cases for the past few days.

This was brought to the notice of Ahmedabad Medical Association (AMA) office-bearers, directing that such hospitals should be alerted immediately and no such unethical activity should be allowed in the present situation, AMC stated.

On the accusation of creating an “artificial shortage” of beds by private hospitals, AMA president Dr Kirit Gadhavi told The Indian Express, “When there is crisis of beds and long queues of patients, why would hospitals do it?”

He added that private hospitals were nearly 98 per cent full. However, as per pulmonologists, this wave is not that critical as we are witnessing a very low death rate, Dr Gadhavi added.

AHNA has also made standard protocols for treatment of patients with injectable anti-virals at home or in a day care setting and the same has been made available to the treating doctors.