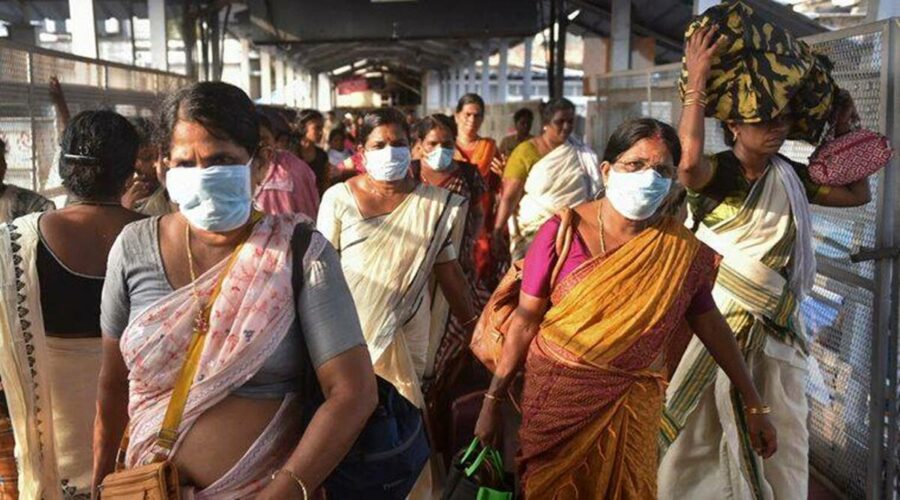 The order comes after one of the clusters was reported in a nursing college in Bengaluru where most of its students from Kerala had tested positive.

The Karnataka government on Tuesday imposed travel restrictions on those coming from neighbouring Kerala after reports of two Covid-19 clusters in Bengaluru.

The Karnataka health department issued an order on Tuesday evening, mandating those arriving from Kerala and checking into hotels, resorts, hostels or availing homestays and dormitories to compulsorily produce a negative RT-PCR certificate that is not older than 72 hours.

“Owners of the above-mentioned places should ensure that the occupants produce a negative RT-PCR certificate,” the order reads.

The health department order comes after one of the clusters was reported in a nursing college in Bengaluru where most of its students from Kerala had tested positive.

“All returnees from Kerala shall produce negative RT-PCR certificates, which is not older than 72 hours. District authorities may take suitable preventive measures as and when necessary with intimation to state,” the order read.

On February 14, 40 students of the nursing college at Kaval Byrasandra in Bengaluru tested positive for the virus. Bruhat Bengaluru Mahanagara Palike (BBMP) Commissioner N Manjunath Prasad had said that the students contracted Covid-19 while visiting their hometowns in Kerala.

“All the students returning from Kerala should compulsorily produce RT PCR negative certificates, not older than 72 hours, each time they return from Kerala, until the situation improves. Those who have arrived from Kerala in the past 2 weeks (colleges, hospitals, nursing home, hostel, hotel, lodge etc in the state of Karnataka) shall compulsorily be subjected to RT-PCR test,” the order further stated.

It added that employees of multinational companies put up at hotels, resorts and lodges or availing home stays in Karnataka should get the RT-PCR test done at their own cost. Implementing the SoPs and outbreak response will be the responsibility of the heads of these institutions, the order specified.