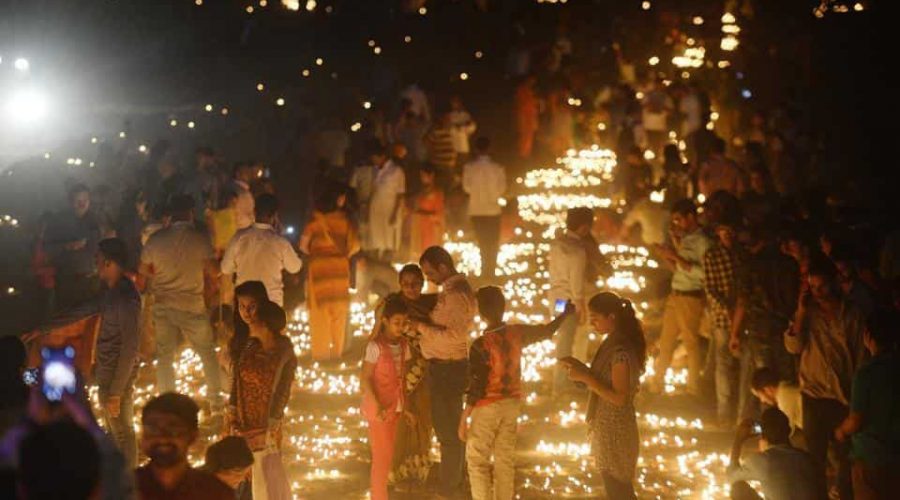 After the green signal from UP chief minister Yogi Adityanath for Dev Deepawali celebration in Varanasi, the city of Shiva has started preparing for Kashi Deepotsav, stated a press statement from the government. The event will take place on November 30, officials said.

It further added that the tourism department is of the view that the impact of Covid-19 was on the ebb and that the situation in eastern UP was considerably improving, therefore presenting the right environment for revival of tourism in the area.

Gokul Sharma, president of the Banaras hotel association says that after the success of the Deeopotsav at Ayodhya recently, the footfall at Varanasi event was likely to increase. Already there have been many queries by tourists with regards to Dev Deepawali, he added.

While the tourism department is pinning hope on a 15% increase in tourist footfall, bookings have also started to trickle in, local hoteliers say.

Arrangements have been made to completely sanitise hotel rooms, boats and the markets. People associated with the tourism industry believe that if the government granted visas then foreign guests would come in huge numbers creating a big wave in the tourism industry.

The boatmen community also expressed its happiness at the holding of the event, hoping it will boost their business after months of little or no earning.

President of the tourism welfare association, Rahul Mehta, claimed the Yogi government had successfully sustained most sectors during the pandemic including the tourism sector. He added that tourism was the backbone of the economy in Varanasi and neighbouring areas.

The successful organising of Dev Deepawali would go a long way in infusing confidence and returning normalcy to the sector, industry insiders feel.

Kirtiman Srivastava, tourism officer of Varanasi and Vindhyachal division, said that from a peak of about 3 lakh domestic and foreign tourists, the number of tours had reduced to zero during the coronavirus induced lockdown.

He says that the number of tourists has increased gradually since the Teej festival and subsequently due to weddings when the number of domestic and foreign tourists had increased to 5,025 in September. He sees a further 15% rise in tourism.

Dev Deepawali is considered to be a festival of the deities, who are believed to descend on the holy ghats of the Ganges in Kashi on the auspicious occasion of Kartik Purnima and pave the way for salvation of devotees involved in the Maha Aarti. Donating a lamp on this day of Kartik month, as per Hindu calendar, helps one’s ancestors attain salvation, it is believed. This festival is part of the ancient culture of Kashi.