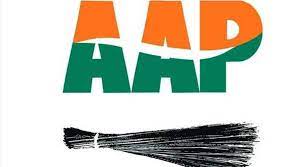 The AAP leaders discussed the burning issues of Punjab, including the increase in the jurisdiction of BSF, the lethal power purchase agreements, sacrilege, Behbal Kalan firing, unemployment, farmer-labourer loans and mafia. 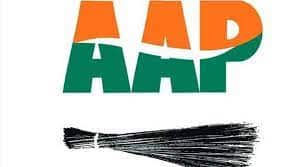 A meeting of the legislature party of Aam Aadmi Party (AAP) was held on Sunday evening under the Leader of Opposition, Harpal Singh Cheema, in which planning was done for the accountability of the Channi government on various issues in the special session of the Punjab Legislative Assembly to be held on Monday.

The AAP leaders discussed the burning issues of Punjab, including the increase in the jurisdiction of BSF, the lethal power purchase agreements, sacrilege, Behbal Kalan firing, unemployment, farmer-labourer loans and mafia. Cheema said nothing less than the cancellation of Punjab’s deadly power deals reached upon by the Badals would be accepted by the AAP. A reply will be sought from the Channi government for not arresting the perpetrators and accused of sacrilege of Guru Granth Sahib, he added.

Cheema said that loan waiver of farmers and labourers, unemployment, plots to the homeless, Rs 2500 pension, unemployment allowance, gifts to the youth of other states in jobs and mafia rule are some other important issues regarding which a reply will be sought from Chief Minister Charanjit Singh Channi.

Cheema said that today the whole of Punjab has become a land of protest but the ruling Congress has been shying away from discussing the issues of Punjab in the Assembly. “On the other hand, the Aam Aadmi Party, performing the duty of the opposition, is serious about every issue of Punjab and kept demanding to discuss the issues, so that the issues of farmers, labourers, employees, women and students should be resolved,” he said.

During the meeting, while calling the session a frivolous one, it has been demanded that the session should be held for at least 15 days, as the monsoon session is pending along with live telecast of all the proceedings of the House. The AAP also condemned the suspension of the remaining business before the session and during the session by the government.