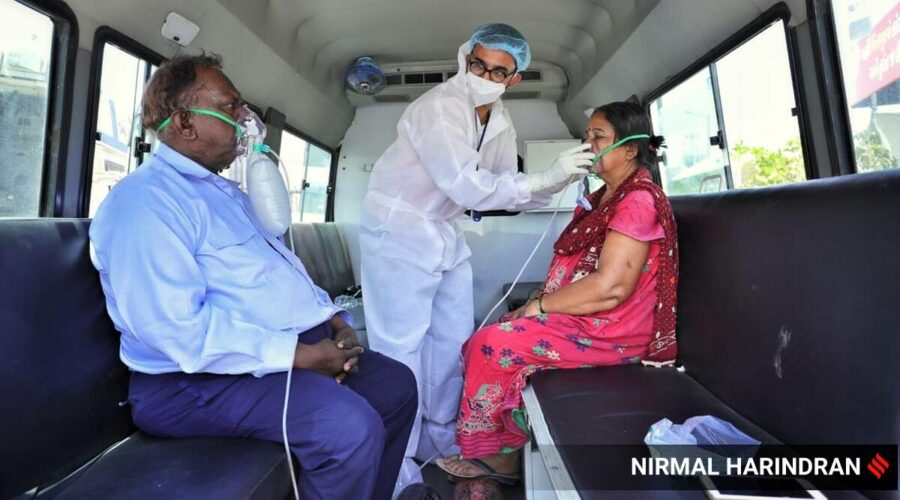 At least seven districts did not have a single vacant bed in government hospitals dedicated for Covid-19 treatment as on April 18, according to an affidavit filed by the state government before the Gujarat High Court on Monday.

Overall, across the three kinds of Covid facilities — care centres, health centres and dedicated hospitals, Gujarat has 79,944 beds provisioned for Covid patients. The affidavit further submitted that it plans to expand to a total of one lakh beds across the state by April 30.

Although the Gujarat HC has emphatically stressed on increased RT-PCR testing, the state government in its affidavit admitted that “stringent infrastructural and technical requirements” for RT-PCR laboratory set-up, limits the administration in rapid expansion. The state submitted that “RT-PCR testing is not possible at taluka or nagarpalika level, where such expertise is not available”.

As per a communication of April 18 by health commissioner Jai Pakash Shivhare, 26 laboratories in universities and other higher education institutions in the state were also directed to conduct RT-PCR testing. “Consumables to carry out RT-PCR tests will be supplied by GMSCL, Gandhinagar,” the communication noted. Overall, as per the data given in the affidavit, only 39 per cent of the state’s total 24.69 lakh tests conducted between April 1 and 18, were RT-PCR tests.

04/21/2021 Cities Comments Off on 7 districts have no vacant bed in govt Covid hospitals: Affidavit in Gujarat HC
India