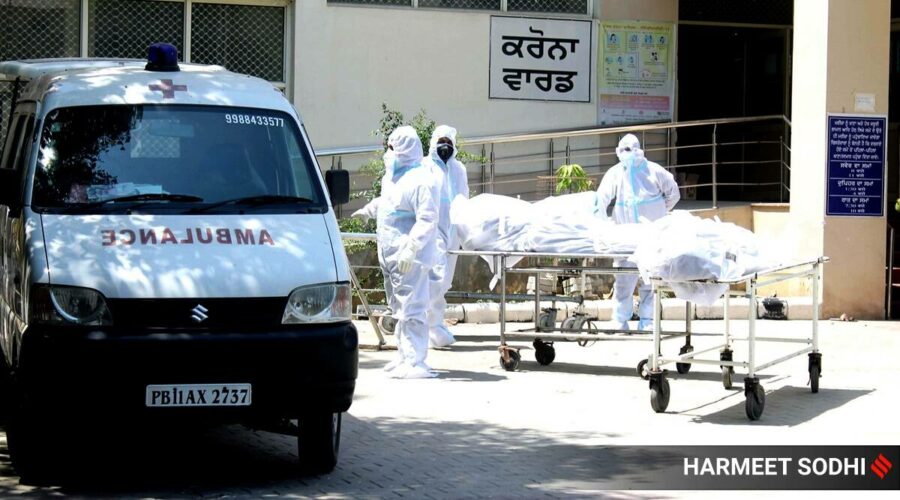 There was also some good news amidst this gloom when Mohali deputy commissioner announced that the Indian Army's Western Command will help the state government set up a 100-bed Covid facility in the city. 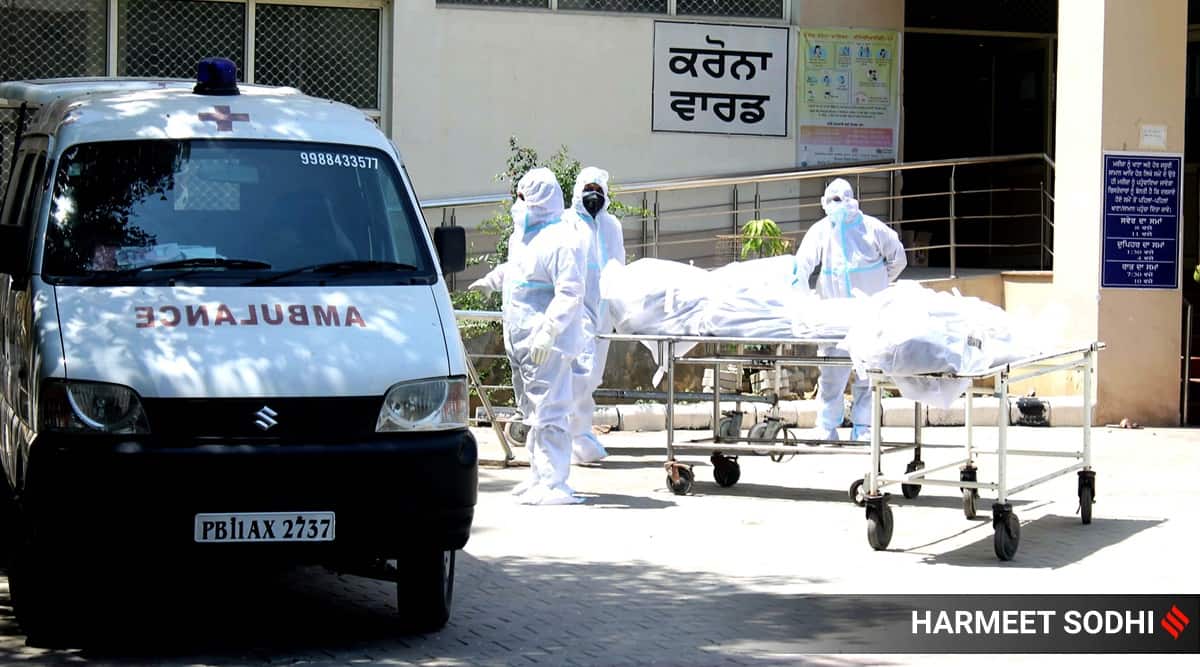 It rained death in Patiala with 31 persons succumbing to Covid-19 in the last 24 hours. Unprepared for this huge number, the morgue at the Patiala Civil Hospital was filled to the brim and many bodies had to be kept in ambulances parked outside. This came on a day when Punjab Chief Minister Captain Amarinder Singh held a meeting with Western Command officials for setting up a 100-bed Covid-19 facility in Mohali.

As news of the overflowing morgue spread, district officials sought to allay the panic by saying that many of these patients were from other districts and were admitted in the last 48 hours. A source in the hospital said many of them were in a critical condition when they reached the hospital.

District officials said the hospitals here is catering to patients from at least 10 other districts since Rajindra Hospital has been designated as a Covid hospital.

Patiala Civil Surgeon Dr Satinder told The Indian Express that out of 31 deaths reported in the district hospitals, 14 were from Patiala and 17 patients were from other districts.

“Since Rajindra Hospital has been designated as a Covid hospital, many patients from other districts are being admitted there,” said Dr Satinder.

He added that patients from Haryana as well as Delhi have been admitted to hospitals in Patiala and the administration is taking care of them.

There was also some good news amidst this gloom when Mohali deputy commissioner announced that the Indian Army’s Western Command will help the state government set up a 100-bed Covid facility in the city.

Earlier, Punjab Chief Minister Captain Amarinder Singh held a meeting with Western Command officials where Lt Gen RP Singh, GOC-in-C, promised all possible help to the state. He said 15 trained nurses had already been sent to Patiala to help the medical staff there.

Meanwhile, the Fortis Hospital has also increased the bed capacity by 30 beds, which will be be operational by Tuesday.

At least 11 people died due to Covid-related complications in Mohali on Monday, increasing the death toll to 556. The district also reported 749 new Covid-19 cases during the day. The tally of cases in Mohali rose to 42,611 on Monday, with 8,151 active cases. At least 585 recoveries were also reported in Mohali district.

Deputy Commissioner (DC) Girish Dayalan said that a maximum of 291 cases were reported from Dhakoli, followed by 218 from Mohali (Urban), 87 from Derabassi, 84 from Kharar, 27 from Gharuan, 16 from Lalru, 14 from Kurali and five from Banur.

The DC further said that with 585 recoveries, a total of 33,904 patients have been cured from the infection here.

On receiving a complaint regarding students of a residential school suffering from moderate to high fever, Mohali Administration conducted Covid-19 test at the school on Monday.

The report of the samples taken from the Career Point Gurukul situated near Tangori village, Banur Road, stated that 17 persons, including students and staff members, were Covid-19 positive out of the 100 tested till late evening. Extensive testing was on and a comprehensive result is expected to come on Tuesday.

The positive persons were isolated at Covid Care Centre(CCC) in Gharuan, while those found negative were sent to their respective families, said Deputy Commissioner Girish Dayalan.

Taking a serious note of the callousness of the school authorities, Deputy Commissioner said that it was highly irresponsible on the part of the school authorities and they should have contacted or reported to administration as soon as any symptom or suspicion arose. He reiterated that any Covid-related symptoms must not be ignored and immediate test must be done to avoid the spread of the virus.