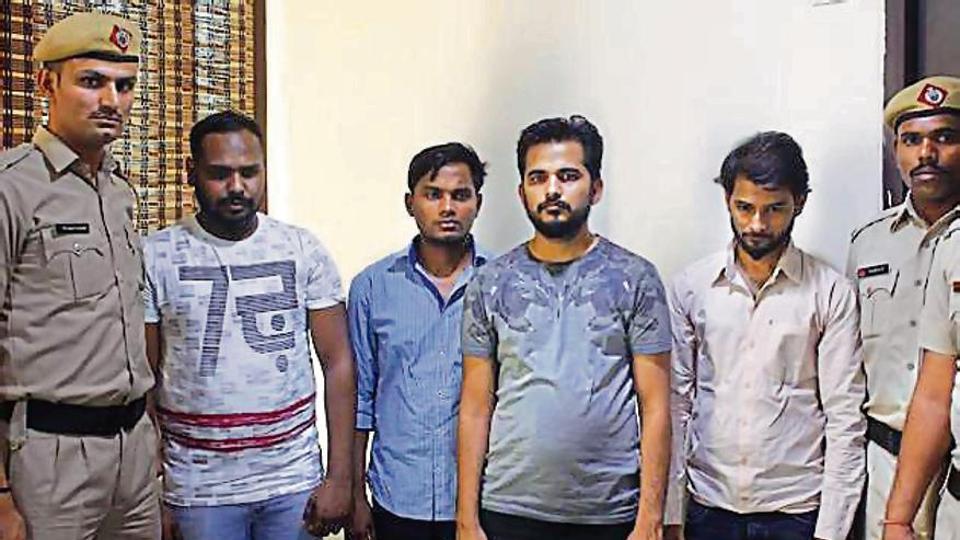 Months after the Gurugram police, along with Interpol and FBI, bust a call centre scam being run from various locations across the National Capital Region (NCR), it bust a fake call centre in Udyog Vihar Phase 3 on the basis of a detailed internal inquiry by Microsoft Corporation. The tech giant had also helped them bust the inter-state scam in December last year.

According to the police, the said call centre was duping users of millions of dollars on the pretext of providing remote technical support service. The police said that at least 25,000 users, based in the United States of America (USA) and a few other English-speaking countries, are suspected to have been targeted.

Five people, including the kingpin, were apprehended by crime branch teams on Monday night.

The suspects were identified as mastermind and Dwarka resident Ajay Mishra, Mir Jishan of Mahipalpur, Ankit Saxena of Dwarka, Arish Khan of Uttam Nagar, and Amrish Chaudhary of Ashok Vihar in Gururgam. While two of the four partners Ajay Mishra and Amrish Chaudhary were taken in one-day police remand, their remaining partners were yet to be arrested. Rest of the suspects were sent to judicial custody.

The police recovered laptops, computers, CPUs and pen drives from their possession.

“Microsoft had conducted an internal investigation in this case and their teams had visited the call centre at several occasions after they had received hundreds of complaints from users in the USA over the past year. We will scan their systems and hard drives to get an exact number of people targeted since the inception of this call centre,” police commissioner Muhammad Akil said, adding that the confiscated hardware will be sent to a laboratory in Madhuban, Karnal, for forensic examination.

Explaining the operations, Akil said, “A year ago, four non-IT graduates of Delhi had set up this call centre with 12 workstations. They started sending a malware in the computer systems of people looking for technical assistance (related to printer, MS-Windows error connection, MS-Office error correction) and then offered to help them over VOIP communication.”

He said that the victims used to receive an email with fake pop-up error messages stating that a malware had infected their computer systems and if not rectified immediately, their personal and financial data would be compromised. “The pop-up would be displayed on full-screen mode and would lock the user’s screen/browser,” Akil said.

The police said the accused had developed several fake websites which would direct the victims to a toll-free number for assistance and get routed to their call centre.

The police added that besides charging them exorbitant fee, they would also hack into their banking systems and transfer money into their own accounts. “These accused used to take remote access to victims’ computers and hack their bank accounts, stole data and transferred money in their accounts. But they did not transfer a big sum. They ensured the sum never crossed $1,000 due to which people never approached the police,” assistant commissioner of police (DLF) Karan Goyal said, adding that in 90% cases, the victims did not approach police or sent any formal complaint. The police added that each victim was told to pay a fee in the $100-$500 range.

“The mode of payment was generally through virtual payment gateways, credit and debit cards, gift cards, iTunes cards etc. The involvement of international Hawala (a method of transferring money without any money actually moving) transactions also cannot be ruled out,” Goyal said.

Each partner earned nearly ₹5 lakh per month from of this setup and used to pay a minimum salary of ₹45,000 to its 12 customer care executives, Goyal said.

The police said they estimate that 25,000 people have been duped so far, but the exact number of victims and the amount of money siphoned may be higher than anticipated. “We are also getting a forensic audit of the seized property. Probe is on,” Akil said. A case under was registered at the Cyber police station Monday night.

The Microsoft Corporation declined to comment on the matter saying their legal expert was unavailable for the time being.