Hey there, so Katie Holmes is incredibly rich and if you want an exact estimate look no further than this GIF, which is a visual representation of how I feel after digging into what’s lurking in her bank account:

Obviously, Katie made a huge amount of money from spending years of her life acting opposite this vibe ^ on Dawson’s Creek, but you’re probably also wondering how much she made during her film career, and the nosiest amongst us (me) are likely also politely curious about her divorce settlement with Tom Cruise. Lots to unpack there, but first let’s get into her Creek cash.

Dawson was endlessly lurking near his creek for 6 seasons and 128 episodes. And considering the show was a huge hit for much of that time, Katie made a huge amount. According to Celebrity Net Worth, she initially made “only” $30,000 per episode, but once the show reached peak fame and fandom, she was getting $175,000 per episode. So…what does that amount to per season? Let’s use season 6 as a quick example, ahem:

And that’s just ONE season. Assuming she made this much for at least the final three seasons of this show, Katie is looking at tens of millions for playing the iconic part of Joey Potter. Cool, quick break to do this:

Also, reminder that Katie’s been in dozens upon dozens of movies. Her per-film rate isn’t known publicly, but these days, she’s getting into production, which is even more lucrative.

Tom and Katie divorced in 2012, and according to Celebrity Net Worth, she went into the marriage with $10 million, while he went into it with around $250 million. Interestingly, their divorce settlement didn’t include spousal support for Katie. 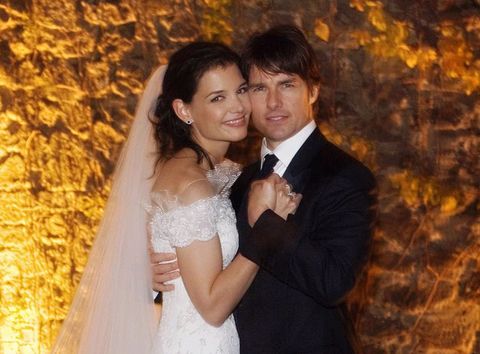 Instead, TMZ reported back in 2012 that Tom would be paying Katie $400,000 a year in child support until their daughter Suri turned 18. He also agreed to pay for Suri’s “medical, dental, insurance, education, college and extracurricular costs.” At the time of their split, Forbes listed Tom Cruise as the highest paid actor in Hollywood.

Yes, She Does the Occasional Sponcon

Truly no idea how much she makes for these posts, but the going rate for someone with Katie’s following and celeb status is well north of $100,000 these days.

She Just Sold Her Calabasas Mansion for $4 Million

So that’s literally just $4 million more in her pocket! And according to the Los Angeles Times, she bought the home for about $3.795 million—so not only does Katie have some newly acquired liquid cash, but she also made a profit. Oh, and she also has an apartment (or two?) in New York City, where she spends most of her time with her daughter Suri.

In conclusion, I don’t wanna wait for my life to be over…to be rich.