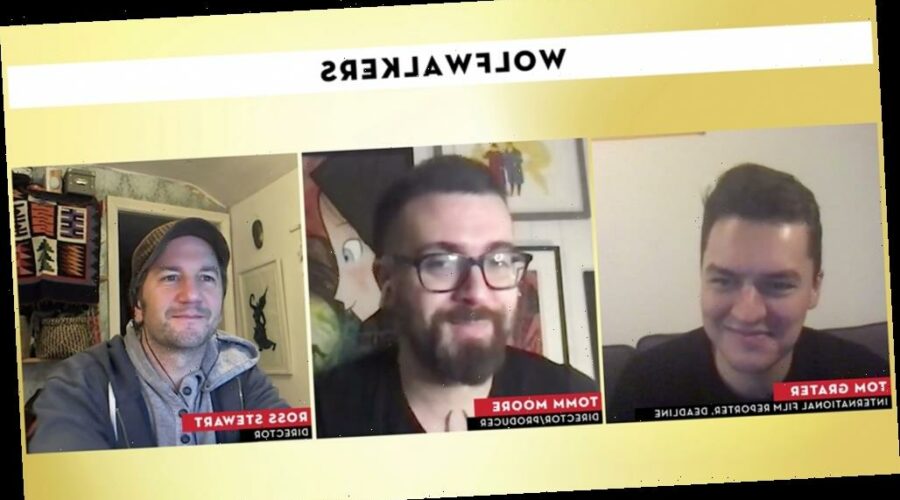 Irish outfit Cartoon Saloon has established itself as one of the world’s most consistently excellent animation studios, having received Oscar nominations across projects including Song of the Sea, The Secret of Kells and The Breadwinner.

Their latest project Wolfwalkers, which sold in a glossy deal to Apple TV+, is a continuation of the themes from Song of the Sea and Kells by being grounded in Irish folklore. The film follows a young girl and her father who travel to Ireland to wipe out a wolf pack, only to encounter a mysterious tribe rumored to transform into wolves by night.

“I don’t know where we found the name ‘wolfwalkers,’ they were originally known as the ‘man wolves of Ossory.’ Ossory [now modern-day County Kilkenny] is an old name for the area we grew up in, and where our studio is now,” co-director Tomm Moore says of the project’s backstory during the film’s panel at Deadline’s Contenders Film awards-season event. “The sad story is that the wolves were completely wiped out, and with that a lot of the folklore died off too. We thought it was nice to revitalize and reimagine the stories.”

Adds co-director Ross Stewart: “A lot of culture gets left by the wayside, especially in a digital world. It’s important to reinterpret these stories and reimagine them for a modern generation.”

The project was hand-drawn to a large extent, and Moore and Stewart say this film in particular was a “celebration of hand-drawn animation,” which led to a lengthy production process, ultimately taking three years.

Check back for the panel video.