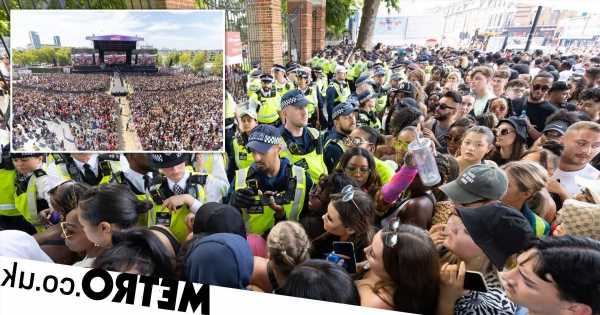 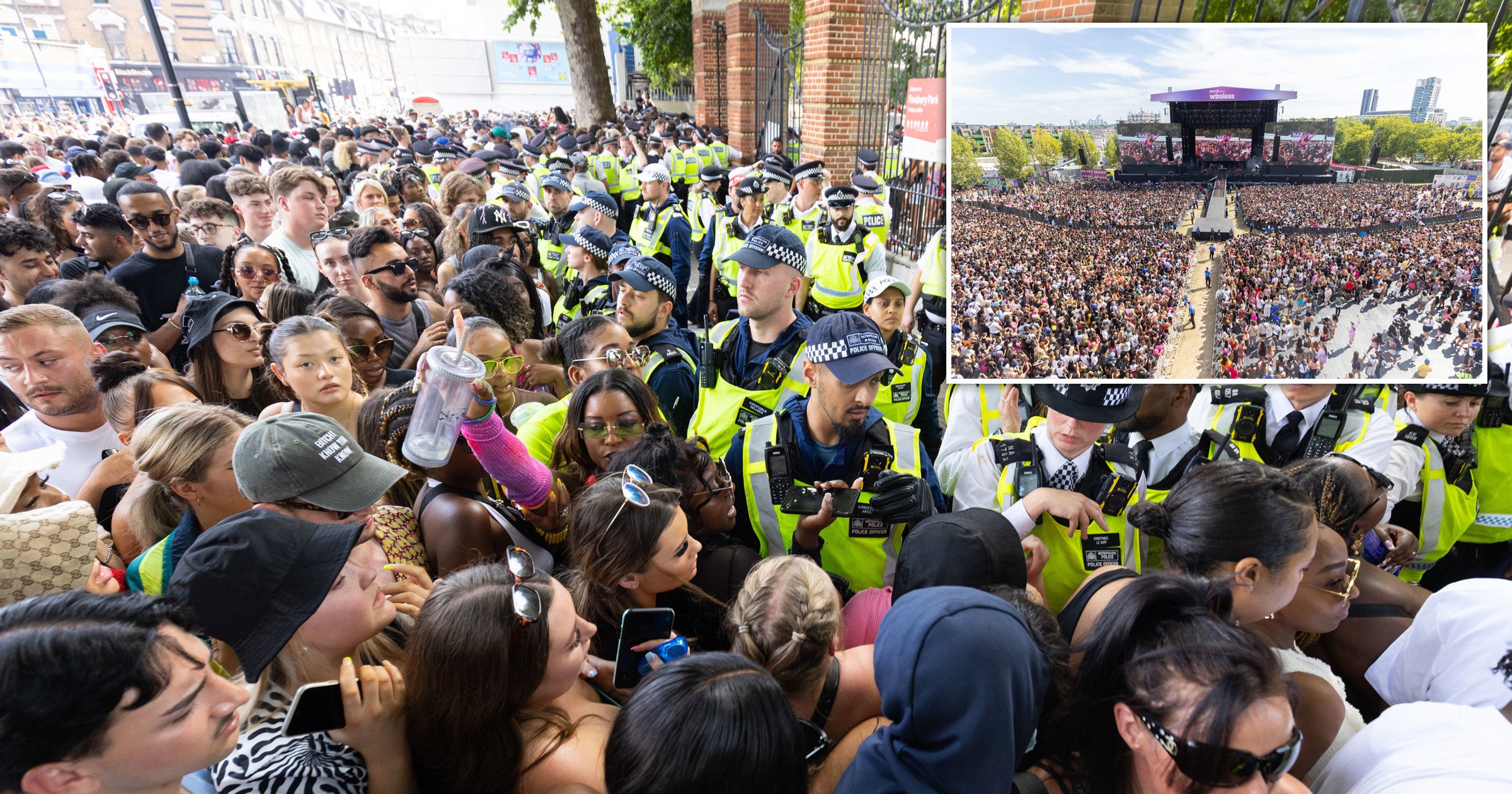 Wireless Festival goers were ‘forced to climb over fences to avoid being trampled’ according to reports from those attending, after police were called to help manage the large crowds ahead of Nicki Minaj’s performance.

Dozens of officers were deployed near London’s Finsbury Park at around 3pm on Sunday after people tried to make their way past queues, in sweltering heat as temperatures rose to almost 30C.

Footage on social media appeared to show people jumping over gates to make their way into the music event, with one person writing: ‘I’m genuinely starting to get worried for Nicki and people’s safety… more people keep piling up and it’s very hot out there.’

Another penned: ‘Having only the smallest opening at the singular entrance to Finsbury Park, with no regulated flow of pedestrian traffic.

‘People being trampled and forced to climb tall gates.’

Others took to social media to share that people in the crowd were ‘crying’ and ‘having panic attacks’, while someone noted ‘people passing out, dehydrated, abused by police with horses’.