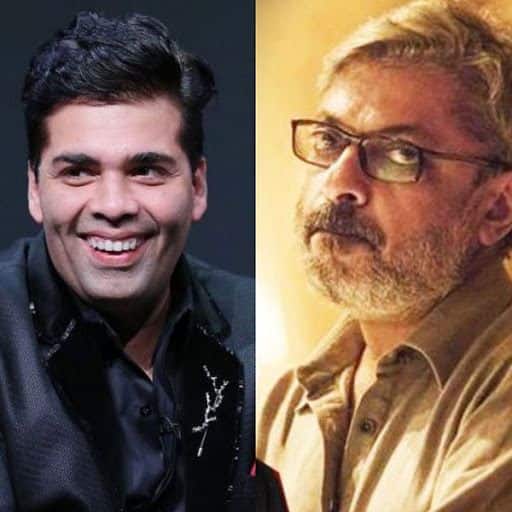 After a gap of three years, Karan Johar is returning to his director’s chair for his most ambitious project, Takht. KJo’s latest project as a director was Ae Dil Hai Muskhil. Despite having heavyweights like Ranbir Kapoor, Anushka Sharma, Aishwarya Rai Bachchan aboard, the movie couldn’t live up to the expectations of people. With Takht, masses have high hopes as it features Kareena Kapoor Khan, Ranveer Singh, Alia Bhatt, Vicky Kaushal, Bhumi Pednekar, Anil Kapoor and Janhvi Kapoor in lead roles. Takht is a historical drama and will reprise a chapter from the Mughal era.

Ever since the announcement of Takht, Karan Johar is being compared to Sanjay Leela Bhansali who is a pro when it comes to making period films with huge sets and grandeur. KJo has been asked about this comparison in several interviews and the filmmaker has given an appropriate response always.

I have voted!! #voteindia have you??

Recently, in an interview with DNA, when he asked the same, Karan revealed how he has his individualistic touch to Takht saying, “I have been asked that and other such questions. While I am a huge fan of SLB, as someone who loves his work, I understand that he has set the benchmark already. However, I am hoping that what I do with Takht will be completely individualistic. Takht will have its own energy and charm.”

In Takht, Anil Kapoor is reportedly playing Mughal Emperor Shah Jahan. Ranveer Singh and Vicky Kaushal will be seen as his sons Dara Sukoh and Aurangzeb, respectively. Takht is set for December 2020 release and we found out the same from Karan’s Instagram story.

Meanwhile, talking about his ambitious project on No Filter With Neha, the director had said, “Takht is the most passionate piece of material that I think I will ever direct. I’m hugely passionate about it. I’m obsessed about the Mughal era ever since I can remember. That’s the one part of history that I was obsessed about in terms of its visual texture, its controversial content, the political betrayal, the love, the lust, the decadence, the debauchery, the madness, the violence, everything. That era is exotic and it’s gorgeous. It’s absolutely beautiful.”

05/31/2019 Celebrity Comments Off on Will Karan Johar’s Takht be similar to any period film helmed by Sanjay Leela Bhansali? The filmmaker answers… | Bollywood Life
India