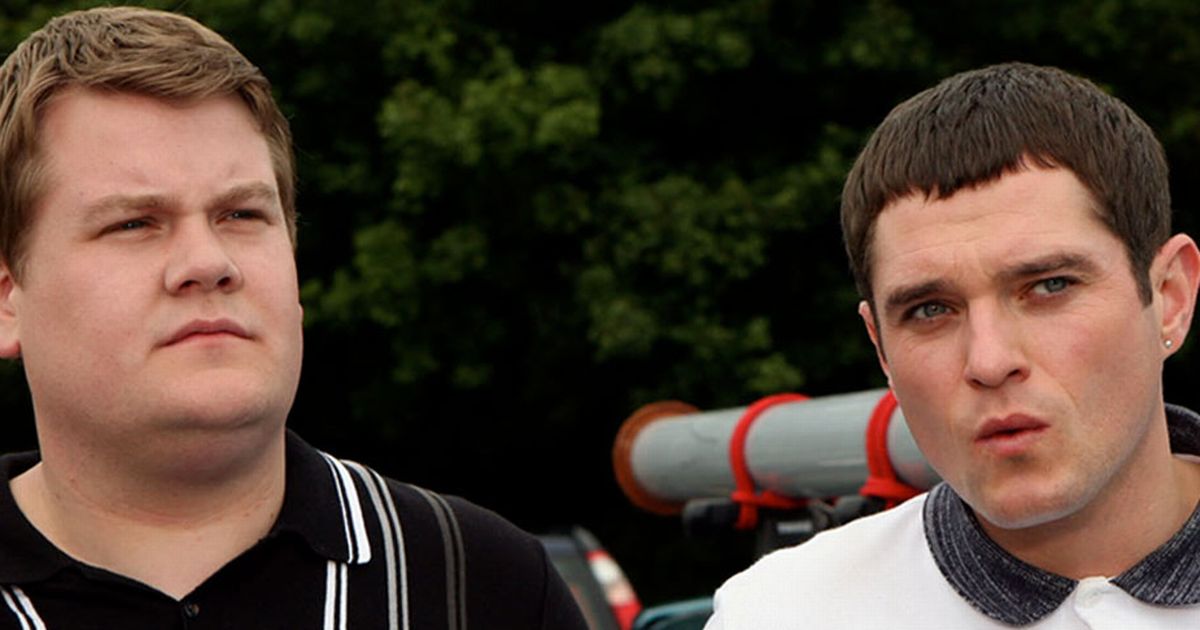 James Corden and Mathew Horne were once the very best of friends – and not just on Gavin and Stacey.

Best known for playing Smithy and Gavin Shipman on the popular BBC show, the duo were also a double act off screens.

In the height of the sitcom's fame they often attended premieres and showbiz parties together, and also worked on other acting projects as a pair.

Corden even admitted that, for a while, he and Horne might as well have been "one person". But somewhat out of nowhere, it looked like it all went wrong.

Suddenly, the BFFs that many had come to know and love were working on more and more individual projects, and barely seemed to mention their friendship anymore.

So what really happened between one of Britain's most iconic duos?

While the pair have never explicitly confirmed a fallout, they first appeared to distance from each other when their joint projects didn't meet the same critical acclaim as Gavin and Stacey.

In 2009, their comedy show, Horne and Corden was branded "about as funny as credit default swaps," by one savage journalist, while another simply called it "unfunny and joke-free".

Lesbian Vampire Killers – the film they worked on in the same year – was slammed as "badly directed, poorly acted and witlessly scripted" by The Guardian in a second brutal blow, while Corden himself even later admitted that it had been "atrocious".

Plus, despite landing a hosting gig at the BRIT Awards, both actors later claimed their performance was "so poor" that they couldn't even watch it back.

As they fell from glory, there's no doubt that the bad press was tough for both Horne and Corden to take.

"There was lots of horrible stuff about us…If I have one regret, it was we just rushed those things. We never stopped to think about the work enough," Corden reflected.

“We did our own sketch show but the reaction was fierce. It was hard to go through that. We were riding this amazing wave and then it just dropped.

“In one year we spent 263 days together and we went from that to nothing.”

Faced with the reality that they weren't as popular as they once were, Corden and Horne then stopped speaking for "a few months".

But their brief separation soon became more and more permanent, and while flying solo took Corden from strength to strength – eventually landing his own TV show in the US – Horne admits himself that he "retreated" after their onslaught of backlash.

In 2011, Corden was cagey when asked about Horne, and told Piers Morgan that they only spoke "occasionally".

The Life Stories host then revealed mid-interview that Horne had declined to appear on the show.

While things didn't look good for the pair, speaking to The Mirror in 2016, Horne said that he didn't have any animosity about his former co-star's new lease of fame.

"Jealousy isn’t something I do – I am not a jealous person," he said. "I am thrilled and about the success he is having.”

Addressing their so-called feud after years of speculation, Horne added that there was never any bad blood between them.

However, more recently he hinted that there had once been some drama, admitting that he was a "relief" that he and Corden "didn't need to do anything" to "heal their rift" in time for a much anticipated Gavin and Stacey comeback.

Whatever happened between the duo, their return to Gavin and Stacey for the Christmas special is exciting news for fans nationwide, who followed their friendship both on-screen and off since it first begun.

Speaking BBC Radio 5 Live, Horne said he was "overwhelmed" by the response from fans about the show's comeback.

"We are all really surprised and shocked in a good way" he said.

He went on to reveal that filming will be taking place in the summer for the one-off episode scheduled to air on Christmas Day.