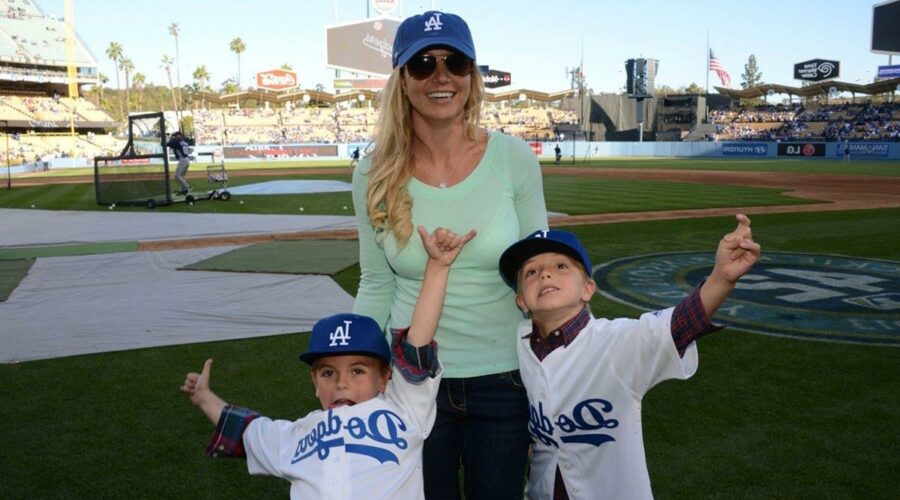 Fans everywhere rejoiced when it was announced that Britney Spears‘ dad Jamie Spears was suspended from her conservatorship. Though most fans felt that was good news for Britney, people may not know the specifics of what the suspension means. Is Britney closer to regaining custody of her children now?

Will Britney Spears regain custody of her children?

Britney’s conservatorship may be dissolved completely at her next court date on Nov. 12. But according to her ex-husband Kevin Federline’s attorney, Mark Vincent Kaplan, Britney won’t be regaining custody of her children, regardless of what happens.

Kaplan reportedly told TMZ that the custody agreement that Britney and Kevin have for their sons Sean Preston and Jayden James will most likely not be affected, in part because of their ages. According to Kaplan, the boys being 15 and 16 means they were able to attest in court as to what they wanted, and they aren’t looking to change the arrangement.

Currently, Britney sees her children whenever she wants and whenever they want. Kaplan says there is no need to change the agreement as everyone is happy with the way it is working.

When news of the suspension broke, Britney’s father released a statement.

“Mr. Spears loves his daughter Britney unconditionally,” Jamie’s rep, Vivian L. Thoreen, said in a statement. “For thirteen years, he has tried to do what is in her best interests, whether as a conservator or her father. This started with agreeing to serve as her conservator when she voluntarily entered into the conservatorship. This included helping her revive her career and re-establish a relationship with her children. For anyone who has tried to help a family member dealing with mental health issues, they can appreciate the tremendous amount of daily worry and work this required.”

Jamie’s rep went on to say that the ruling was a mistake.

“Respectfully, the court was wrong to suspend Mr. Spears, put a stranger in his place to manage Britney’s estate, and extend the very conservatorship that Britney begged the court to terminate earlier this summer,” the statement read.

How does Britney feel about her father’s suspension?

Britney has been overjoyed since her father was suspended from her conservatorship. She recently thanked her fans for all their help in getting her to this point.

“#FreeBritney movement … I have no words … because of you guys and your constant resilience in freeing me from my conservatorship … my life is now in that direction !!!!! I cried last night for two hours cause my fans are the best and I know it … I feel your hearts and you feel mine … that much I know is true 💞 !!!!!” she tweeted.

What’s next for Britney Spears?

Britney is currently engaged to her long-time partner, Sam Asghari. According to sources close to the singer, she is not going to be getting back to music anytime soon. Right now, she is focused on the end of the conservatorship and enjoying the new freedoms that could come along with that.