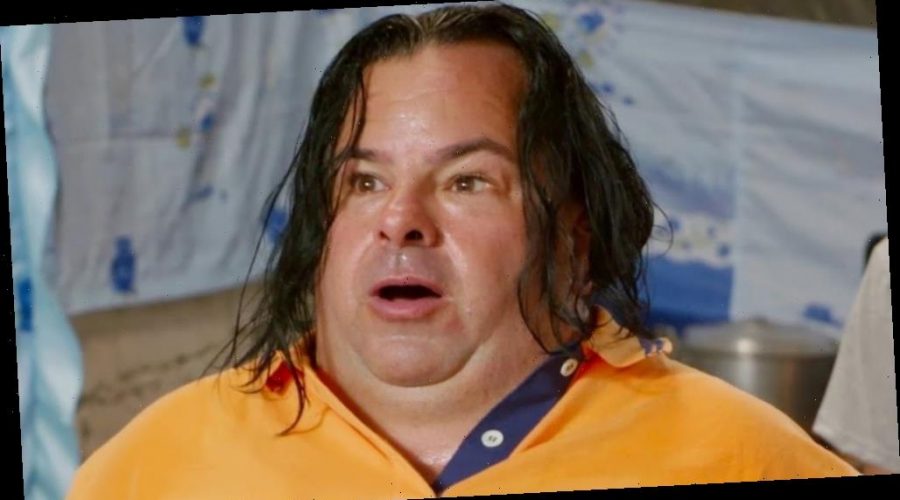 Spare a thought for Big Ed. Aside from being cursed with a nickname that lets everybody know just how, erm, large of a personality he has (actually, forget that, it’s a name which he bestowed upon himself), the 90 Day Fiance star has become one of the most notorious and despised villains in the history of the show. From demanding an STI test to mocking his ex-girlfriend Rosemarie’s allegedly bad breath, to admitting to rampant cheating in the past, as well as lying about his height prior to meeting poor Rosemarie, and plenty more, Big Ed has left a bad taste in many viewers’ mouths.

However, the reality star has become an online target, predominantly due to the size of his neck, which seems to overwhelm his upper body to the extent it doesn’t even look like he has a break between his head and his shoulders. But Big Ed wants to set the record straight with his many haters and make sure everyone knows that he actually suffers from a medical condition.

Fans have long been speculating whether Big Ed’s short neck is as a result of his weight. But according to an interview he did with ET, he revealed that suffers from a rare genetic defect called Klippel-Feil syndrome, which causes two of the seven bones in the neck to be fused together. Aside from making his neck look almost non-existent, it also limits the range of movement in the area, which is why Big Ed seems so stiff on TV. The congenital syndrome can also result in a larger chest cavity, as is the case here, as well as a low posterior hairline and intense headaches.

Although the 90 Day Fiancé star claims he’s tried to exercise in the past, Big Ed revealed that he once got stuck in the neck machine in his high school gym — where he was also relentlessly teased for his appearance. Reading what commentators are saying online has brought everything back and made the reality star feel even worse. Thankfully, he’s learned over the years that being comfortable in your own skin is the most important thing.

Big Ed helped out a fan with the same condition

Now he’s looking to inspire others, and not just when it comes to utilizing mayonnaise as a master conditioner. The 90 Day Fiance star revealed in an Instagram video post that he recently responded to a fan named Abe who sent him a letter claiming he’d also been picked on his whole life thanks to his “short neck and small stature.” The man then revealed he had been diagnosed with Klippel Feil Syndrome himself, and asked whether Big Ed also suffered from the same condition, to which the straight-talking reality star naturally replied in the affirmative. “Big Ed has KFS — I’ve had it all my life… but I refuse to let that define who I am,” he responded simply.

The 90 Day Fiance star then offered the fan some advice of his own, encouraging him to, “Be yourself and accept you for who you are.” Big Ed also advised him that he has no control over what other people think of him, and that all he can do in response is to love himself and try to focus solely on that going forward, rather than worrying about the haters. “Love yourself, man,” he concluded the sweet message.

90 Day Fiance's Big Ed is focusing on the future

After his ex, Rosemarie, blasted him during an Instagram Live session, claiming Big Ed was a liar who was using her to get famous, among other things, he sat down for a virtual interview with ET Canada to share how devastated he truly was over their breakup. Insisting he really did love Rosemarie, Big Ed acknowledged, “We have parted ways, with a heavy heart. The breakup is so fresh that I’m just going to keep an open mind.” Rather than detailing exactly what went wrong between them, the reality star claimed they simply wanted different things.

Now, he’s looking firmly to the future, sharing in a recent Instagram post that he’s moving in with his elderly mother. “I am packing up my studio after 11 amazing years, to get a house so my mom can move in and I can take care of her for once,” wrote the photographer, noting, “She is 81 a nurse and an amazing human..! We gots to take care of our parents it is our honor..!” As for the 37 marriage proposals he’s received recently, Big Ed assured ET Canada they’ve all been graciously accepted.