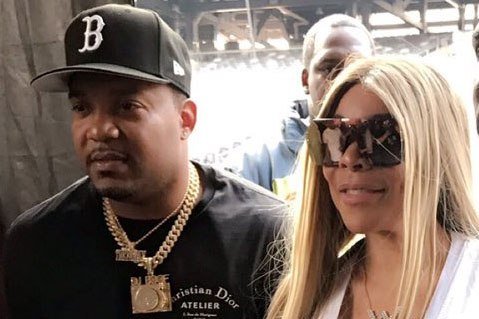 Wendy Williams made a surprise appearance at HOT 97’s Summer Jam in New Jersey on Sunday.

The daytime talk show host, 54, appeared on stage wearing jean shorts, a white T-shirt, a cheetah jacket and oversized sunglasses as DJ Boof, who serves as her show’s in-house DJ and crowd warmer-upper, performed for the audience.

She later posed for photos with Boof and rapper Casanova backstage.

Fans took to Twitter to express their delight upon seeing Williams appearing to live her best life since splitting from estranged husband Kevin Hunter.

“Wendy bought to take over Summer Jam with that outfit & those shorts!!! She is serving all sorts of Slay right now,” tweeted another.

“Wendy is looking so much better!” wrote another. “She looks great.”

Boof and Williams’ friendship spans years, though they’ve had their ups and downs.

A source told Page Six that Boof was “never allowed near” Williams while Hunter was around, but a separate insider also shared with us that Boof was closer with Hunter solely because they did business together.

Since firing Hunter as her show’s executive producer, it appears Boof and Williams have grown closer. Shortly after announcing her divorce, Williams revealed on her show that Boof asked her out to dinner.

When asked if Boof and Williams could be developing a more romantic relationship, our source cryptically said, “A picture can tell 1,000 words.”