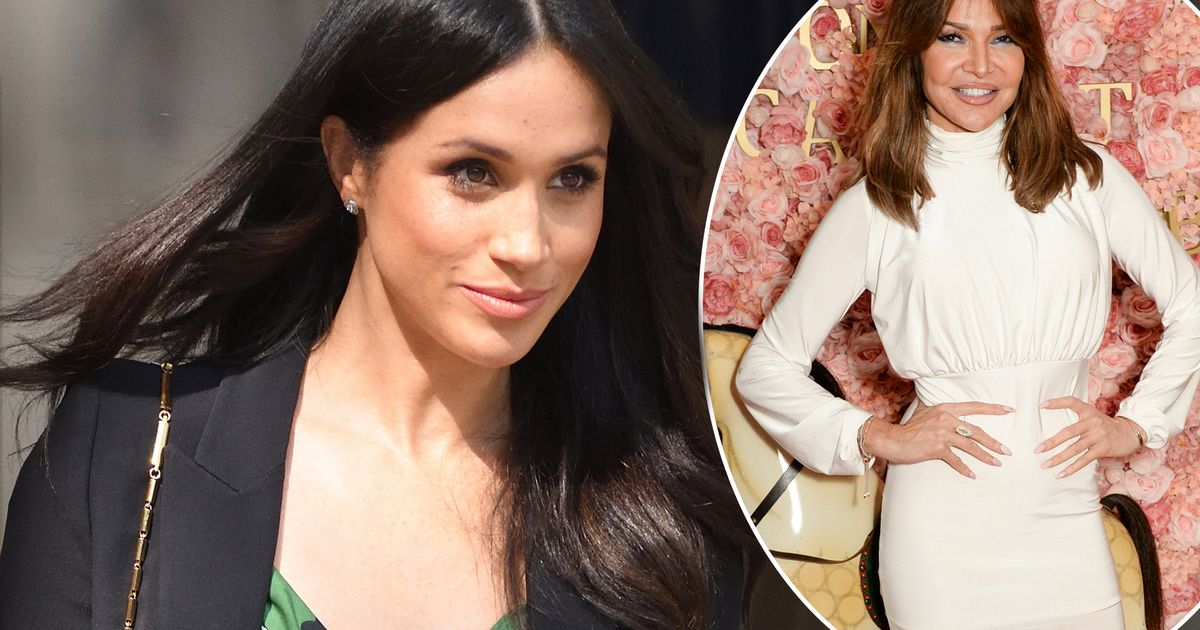 The presenter, 50, has opened up on her interaction with Meghan at a charity dinner in 2013 from back when she was an actress.

Lizzie told The Sun: “We were having a girly chat and then she said, ‘Do you know any famous guys? I’m single and I really love English men’, so I said, ‘We’ll go out and find you someone.’”

Lizzie added that she and Meghan met up again the following day.

She explained: “Meghan’s so relaxed, she liked a drink, great fun, I remember her asking about my boys, she was very interested and asking lots of questions.”

The TV star revealed in her autobiography, Tales From The Red Carpet, that she even tried to set up Meghan and Cheryl’s ex, Ashley Cole.

“I was thinking about some of the Chelsea lot and I thought of Ashley Cole as he’d split from Cheryl.

Lizzie added that she was “shocked” when the news broke that Meghan and Harry were dating back in 2016.