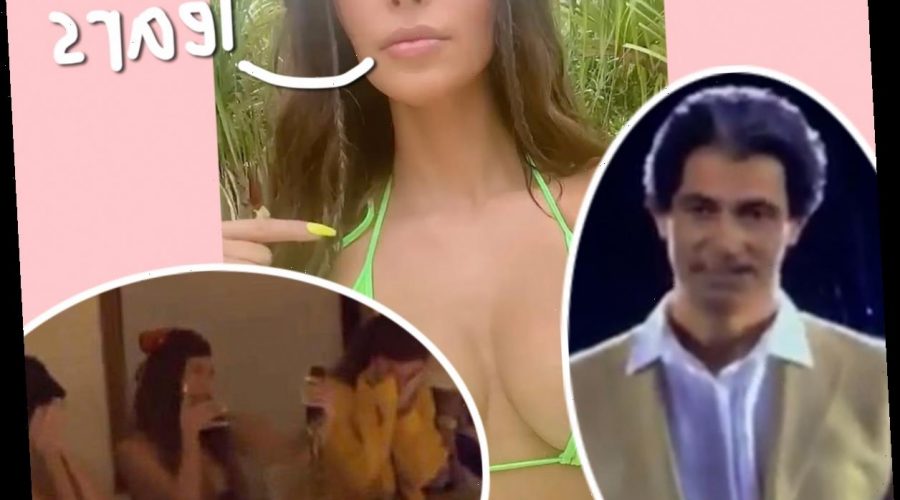 Kim Kardashian West is usually all smiles — and who wouldn’t be with a life like hers? — but gurl was all TEARS when hubby Kanye West gave her a gift she’ll never forget for her 40th birthday.

On Thursday, the KUWTK star shared a 7-minute-long “vlog” of her lavish birthday getaway on Instagram. While most of the clip was your typical footage of KarJenner-style pool parties and island excursions, it also showed the very emotional moment when Kimmy and her family wept over the hologram of the reality star’s late father, Robert Kardashian Sr., that was gifted to her by the rapper.

As seen in the video, Kim, Khloé Kardashian, Kourtney Kardashian, and Kris Jenner settle in for Yeezy’s special surprise — and break down in tears as they watch a hologram of Robert Sr., who passed away in 2003 following a battle with cancer, telling Kim he was “very proud” of her. Shortly after, a misty eyed Kim speaks to the All Day hitmaker on the phone, telling him “seriously, thank you” for the present.

The touching moment barely grounds the otherwise painfully luxurious video, which showed all the fun highlights from Kim and co.’s 6-day getaway on the private island of Tetiaroa. As we reported, the 40-year-old was accused of being tone deaf for her previous social media posts of her b-day festivities, which involved the superstar flying 30 people to a private resort in French Polynesia on October 20 for a 6-day stay at the Brando Resort near Tahiti, where rooms can run up to $20,000 per night.

Many critics called out the reality TV icon for flaunting her wealth at a time when some people couldn’t pay for funerals for their loved ones amid the coronavirus pandemic. Following the backlash, Kim attempted to flip the script, claiming she merely wanted to get everyone’s attention to remind them to vote in the presidential election. Well, that election came and went, yet Kim decided to share this new “vlog” anyway…

Other envy-inducing moments from the new recording show the KarJenner circle swimming in a breathtaking pool, Kim and Kendall Jenner hitting the waves for a “once in a lifetime” experience swimming with whales, and pics of Kanye’s notorious “Sunday Service,” during which his choir sang a rendition of Happy Birthday to Kim.

While seeing Kim cry over her poppa is certainly sweet, we have to wonder: will this new post quell the outrage against her, or merely fan its flames?

What do U think, Perezcious readers? Watch the clip for yourself (below) and share your thoughts in the comments!