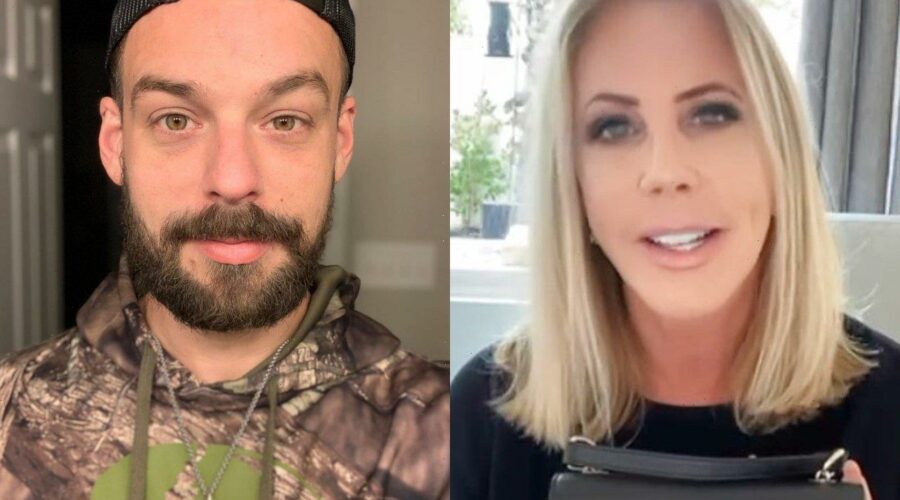 Ryan Culberson throws shade at ‘The Real Housewives of Orange County’ alum for sharing a sneak peek of the gender reveal without his and Briana Culberson’s permission.

AceShowbiz –Vicki Gunvalson‘s son-in-law is seemingly disappointed in her. After “The Real Housewives of Orange County” alum ruined a gender reveal for his and Briana Culberson’s fourth child, Ryan Culberson took to Instagram Story to sarcastically thank the reality star.

“You ever get really good news and then find out your mother-in-law ruins it?” the former marine asked in a clip shared on Monday, September 6. “Well, that happened to me today. Oh yeah, we’re having a girl.”

Ryan, who has been married to Vicki’s daughter Briana since 2011, wrote in the caption of the footage, “So thankful for @vickigunvalson.”

Ryan’s shade came after Vicki let out a sneak peek of his and Briana’s gender reveal without their permission earlier that day. Although the 59-year-old TV personality already deleted the teaser from her social media account, a fan page posted a screenshot of the clip on Instagram.

“Congratulations @ketoculbersons. Briana and @ryan_culberson are having a girl,” the fan page captioned the snap that saw the pair popping out pink smoke.

After Ryan expressed his disappointment, the fan page issued its apology. “We posted the news that Briana was having a baby girl before @ryan_culberson and @ketoculbersons did. It was not something we did out of malice,” it first penned.

“His mother-in-law Vicki posted this and we thought everyone knew,” the fan page further claimed. “Then she promptly blocked us for her mistake. So sorry @ryan_culberson and @ketoculbersons.”

The 37-year-old dad confirmed his wife’s pregnancy on August 29. At that time, he shared a picture of safety pins representing each member of his family. “The grand finale coming March!” he excitedly captioned the image.

Ryan and Briana are already parents to three children. The twosome welcome their third son Hany Ryan back in November 2020. In addition to Hany, they share 9-year-old son Troy and 7-year-old son Owen.