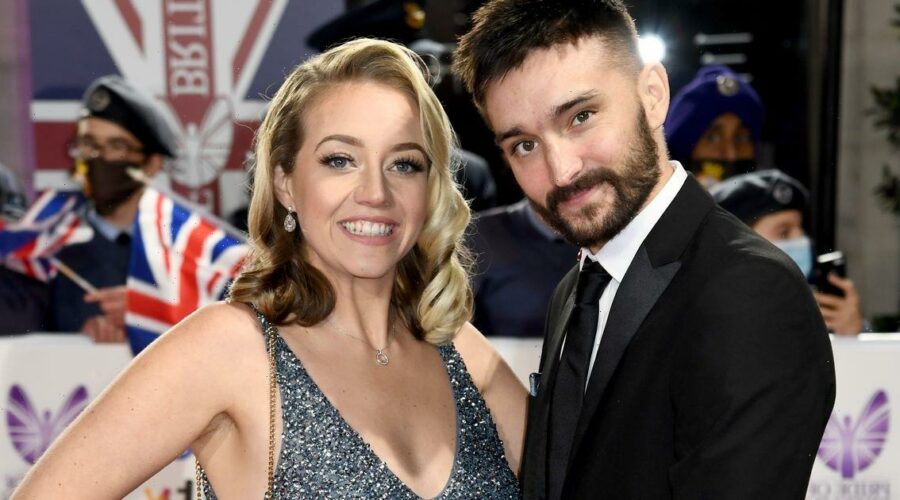 Kelsey Parker has spoken for the first time about husband Tom Parker's final moments before he sadly passed away, aged 33, after he lost his 18-month battle with brain cancer.

Kelsey married the The Wanted boyband star since 2018 and shares two children, Aurelia, two, and Bodhi, one, with him.

In an emotional interview with The Sun, a heartbroken Kelsey revealed that Tom promised to send her signs every day after he had passed away.

She believes he did, after a feather fell from the sky moments after his death.

Speaking about it, Kelsey said: “I was sitting there on this bench, crying, when I looked up and this feather fell down from the sky.

“I said to Tom before he passed away, ‘Will you give me signs every day’, and he said, ‘Yes’. I knew straight away it was him

"I kept that feather, I still have it in a little glass pot on my dressing table.”

Discussing his final moments: “He wasn’t in any pain” and that “the end happened quite quickly”.

Tom went to St Christopher's Hospice near the couple's South London home shortly before he passed away.

Kelsey has now recalled: “It was still beautiful until the very end. It was just us and there was so much love in that room.”

Speaking of how the couple spent Tom’s last moments together, she said: “I got into bed with him. We were in bed together for two hours, I just wanted that time with him.

"I didn’t want anyone coming in. We needed that time together to talk.

“It was romantic even then. Yes, we were in a hospice but that was Tom as a person, it never mattered where we were.

“He was always so romantic, loving and caring, and absolutely worshipped the ground I walked on.

"That night I could see within him that he was still trying to figure a way out of this. He’d been in the hospice for just over a week."

Kelsey said that she reassured Tom that she and their children would be OK.

She explained: “I said, ‘You know Tom, I will be OK, the kids will be OK. I will make sure that everything you want them to know, the things that you’ve taught me over the years, I promise to teach them it all’.

“He said, ‘I know you’re going to be OK’. He then took off his wedding ring and put it on my finger."

She now wears his wedding band underneath her own and her engagement ring.

For updates on all your favourite celebs, sign up to our daily newsletter here .