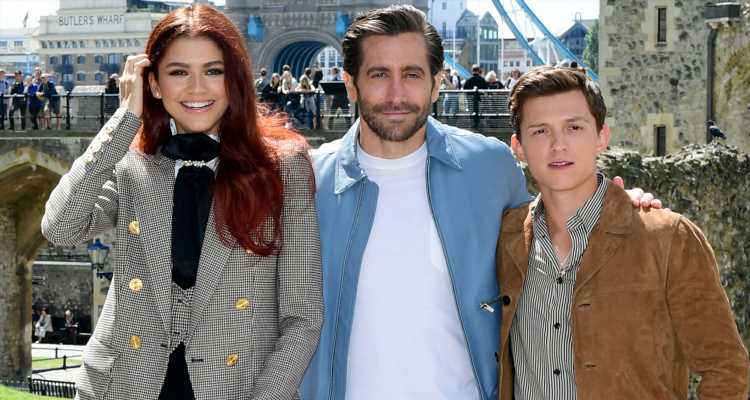 The Spider-Man: Far From Home are continuing on with their press tour!

Tom Holland, Jake Gyllenhaal and Zendaya all stepped out together to attend the photo call for their anticipated film Spider-Man: Far From Home held at the Tower of London on Monday morning (June 17) in London, England.

The trio were also joined at the event by their co-star Jacob Batalon, as well as director Jon Watts and two Yeoman Warders as they reunited at one of the films iconic locations.

You can catch Tom Holland, Jake Gyllenhaal and Zendaya in Spider-Man: Far from Home when it hits theaters on July 2 – Watch the official trailer here!