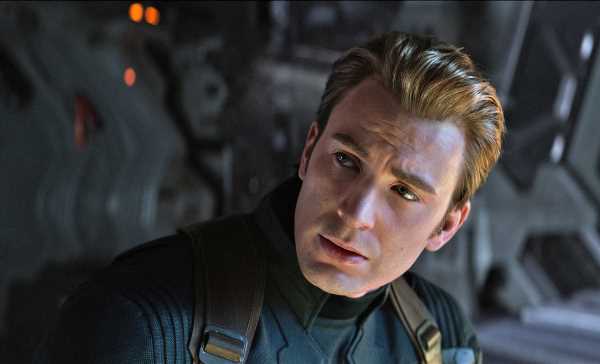 Since Avengers: Endgame is the culmination of an entire decade of interconnected Marvel movies, it is obviously packed with tons of references that only superfans will be able to pick up on. Case in point: one line that Captain America delivers at the end of the film brings his entire story full circle, but fans only recently picked up on the moment. This Captain America easter egg in Avengers: Endgame is very easy to miss, but it adds a powerful emotional resonance to one of the movie’s most important scenes.

Spoiler alert: This post contains spoilers for Avengers: Endgame. In Steve Rogers’ pivotal final scene in the movie (and likely in the Marvel Cinematic Universe as a whole), he travels back in time to return all six of the Infinity Stones to where and when they were taken from, but instead of coming back through the quantum realm, Rogers instead returns to the 1940s and lives out a full life naturally with the love of his life, Peggy Carter. So when he finally meets up with Sam Wilson and Bucky Barnes again at the site of his time travel, Rogers is an old man. Presumably close to death, the elderly Rogers decides to hand down his shield and his identity as Captain America to Wilson.

It is one of Endgame‘s most touching scenes, but a line that Steve Rogers delivers before heading off on his time-traveling adventure makes it even more powerful. As Rogers is about to travel back in time, Sam Wilson says that he wishes he could go with his friend, to which Rogers replies, "I know. You’re a good man, Sam." It sounds like just a small, nice compliment, but as a Reddit user pointed out, it carries so much more weight for Captain America. The line traces all the way back to Captain America’s origins — in Captain America: The First Avenger, Stanley Tucci’s character of Dr. Erskine asks Steve Rogers to promise that he will always remain a good man before giving him the serum that turns him into Captain America. When Erskine dies later in that movie, he reiterates this "good man" line, and it is clear that Rogers’ main motivation is to keep his innate goodness despite becoming a superhero.

So, it is actually a really big deal that Captain America would call Sam Wilson a good man at the end of Endgame. The moment shows that Steve Rogers not only sees Falcon as his ally, but also sees the innate goodness and morality in him that he himself has always held paramount since becoming a hero. It is no wonder that Rogers decides in that moment to live out his life in the past and pass the Captain America mantle on to Wilson, knowing that his superhero identity would be in the hands of another good man.

Marvel fans will get to see how Sam Wilson adapts to his new role as Captain America in the upcoming Disney+ series Falcon & Winter Soldier, which is slated to premiere in August 2020.

05/29/2019 Celebrity Comments Off on This ‘Captain America’ Easter Egg In ‘Avengers: Endgame’ Is Subtle But Powerful
India