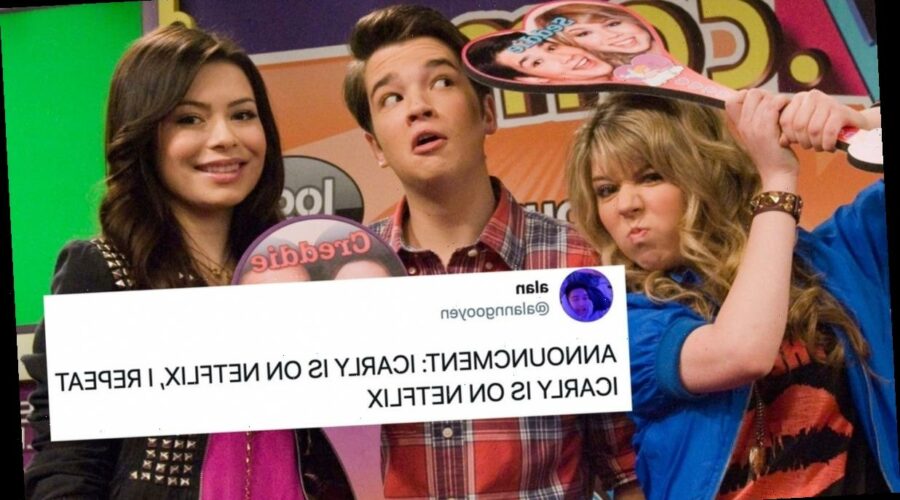 It’s time for some random dancing, because it’s beginning to look like 2021 is definitely the year of iCarly. Not only is a revival series currently in the works at the new streaming service Paramount+, but to get fans even more excited, Netflix added the first three seasons of iCarly to its streaming library on Monday, Feb. 8. Fans of the classic Nickelodeon series were thrilled by the news, as proven by these tweets about iCarly streaming on Netflix.

One of the most beloved Nickelodeon shows of the 2000s, iCarly ran for six seasons from 2007 to 2012, launching the careers of Miranda Cosgrove and Jennette McCurdy. Netflix didn’t add all six seasons of the show, though. The streamer only made Season 1, 2, and 3 of iCarly available. For some reason, Netflix lumped the episodes of Season 2 and Season 3 together, so it appears that there are only two seasons on the site, but Netflix’s "Season 2" actually does contain the entirety of iCarly‘s third season as well.

Netflix now also carries the first four of iCarly‘s eight special two-part episodes, which the service has condensed into single, super-long episodes. "iDate a Bad Boy," "iFight Shelby Marx," "iQuit iCarly," and "iPsycho" all appear as singular episodes on Netflix rather than being split into two parts.

The addition comes thanks to Netflix’s content deal with Nickelodeon, which began back in 2019 with the streamer adding Victorious and Sam and Cat. When fans saw iCarly pop up in their Netflix queues, they took to Twitter to share their excitement.

iCarly‘s new streaming home is sure to pump fans up even more for the upcoming revival series. Paramount+ (formerly called CBS All Access) announced plans for a revival centered on Carly’s life as an adult at the end of 2020, and confirmed that production was underway with a picture of the cast in January.

The only original cast members confirmed to reprise their roles in this series are Cosgrove as Carly Shay, Nathan Kress as Freddie Benson, and Jerry Trainor as Spencer Shay. Jennette McCurdy, who played Carly’s best friend Sam Puckett, is noticeably absent from the revival’s cast, as is Noah Munch, who played Carly’s eccentric friend Gibby. Neither McCurdy nor Munck have addressed the revival yet, so it’s unclear if they will be back or not.

Paramount+ has not yet announced a premiere date for the iCarly revival series, but fans can get their fill of the original show on Netflix as they await more news.