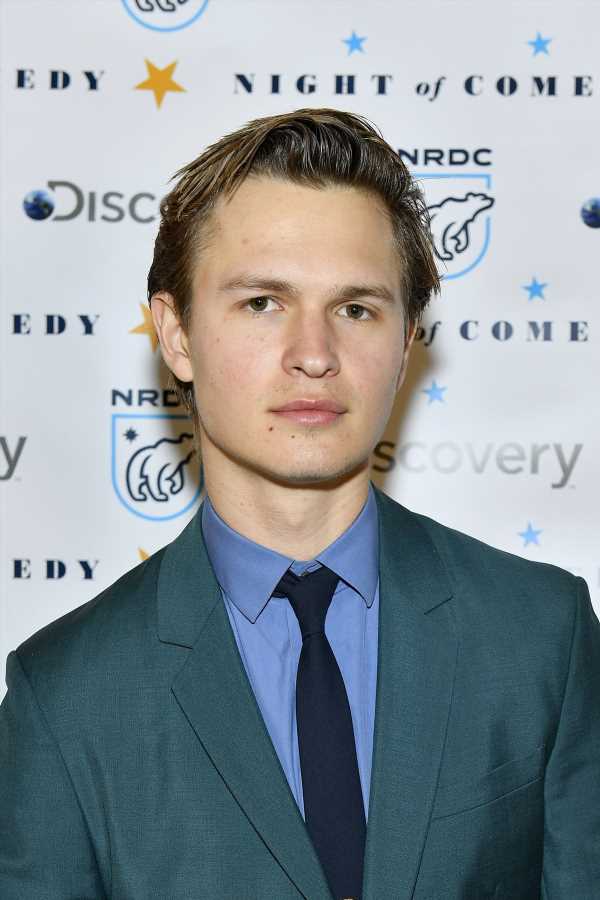 Can we talk about Ansel Elgort for a sec? Because the rest of the internet certainly is. See, The Fault In Our Stars star hit up Instagram on May 29 and shared not one, not two, but 17 shirtless selfies in 10 minutes with no context whatsoever. And, like, who TF does that? Ansel Elgort, that’s who. Some of the shots are close-ups of his admirably angled face, some are mirror pics featuring slicked back hair, and a bunch of them are wide shots that show off his tousled ‘do and bare torso. I literally have no idea what’s going on here and neither, it seems, does anyone else. I mean, the tweets about Ansel Elgort posting 17 selfies are peak levels of confusion — although TBH, while everyone seems to be flipping out over this intriguing development, no one seems to mind Elgort blowing up their feeds one bit. And why should they? Dude looks fiiiine.

Now, if Elgort was, say, Taylor Swift, I’d figure the shirtless photobomb was some kind of promotion for a new single or album drop. So does Elgort have some kind of major project in the works? A quick click over to IMDB reveals that the Baby Driver star has been tapped to play Tony in West Side Story, which will be directed and produced by Steven Spielberg (!), but isn’t set to be released until December 2020. He’ll also star in the upcoming big-screen adaptation of The Goldfinch, but that doesn’t come out until September 2019 — although the first trailer drops on May 29, which is the very same day Elgort posted all of his selfies.

Hmmm. Is this why he did it?

Perhaps. I mean, he certainly got our attention, you know? But still, I think Zoe Kravitz spoke for all of us when she hit up Elgort’s comment section on Insta to ask: "Dude. What is happening right now?"

Meanwhile, a bunch of other celebs rolled up to Elgort’s comment section to weigh in, too.

"Is this how the cool kids post now," actor and West Side Story co-star Rachel Zegler asked. "My entire feed is just your posts thank u for blessing my insomnia buddy."

"Oh so we’re getting ALLLLLLL of angles then," added model Allana Arrington.

"Were you hacked?" Perez Hilton wanted to know.

And from 13 Reasons Why Tommy Dorfman: "babe…."

Twitter, of course, blew up over the Ansel spam (Anspam?).

"Ansel Elgort seems to really be, uh, feeling himself tonight on Instagram," wrote one user.

"I want to be as confident as Ansel Elgort posting 17 selfies in different angles," added another.

"Ansel Elgort’s feed looking like my camera roll during golden hour and I respect him for that," wrote a third.

"I don’t know what Ansel Elgort is doing right now but I’m not upset about it," shared a fourth.

Honestly, Anspam is a whole freaking mood so at the end of the day, who really cares why he did it?