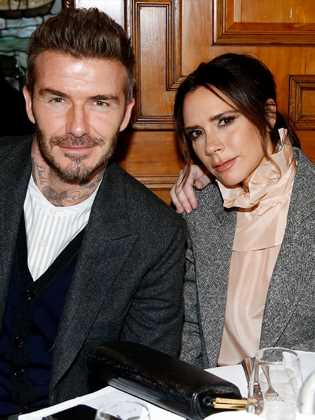 As the Spice Girls prepare to open their tour as a four-piece, David Beckham has paid tribute to his former Spice Girl wife Victoria Beckham. 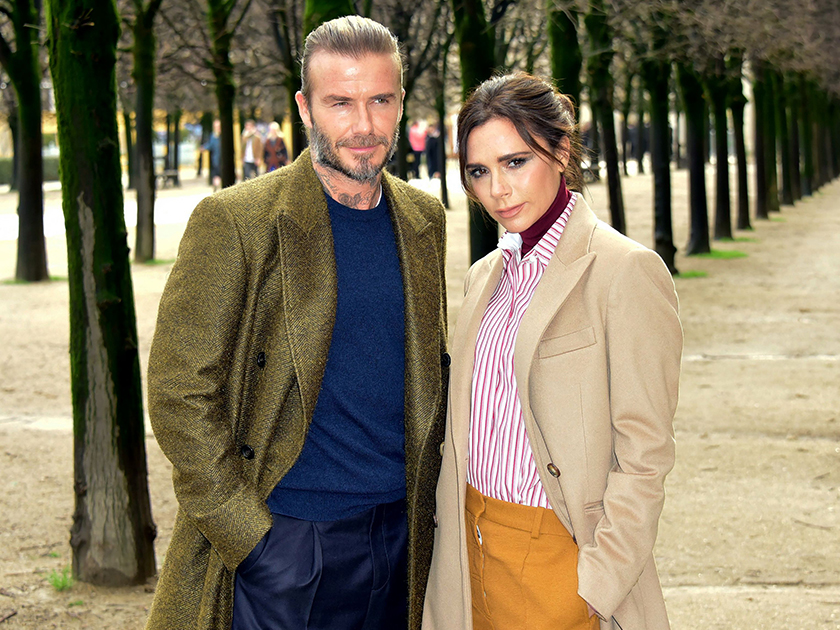 The 44-year-old, who previously admitted he fell in love with ‘Posh’ Spice when he saw her in the skintight PVC catsuit in the Say You’ll Be There Video, has uploaded a throwback pic of his wife in the outfit in tribute to her absence from the tours. 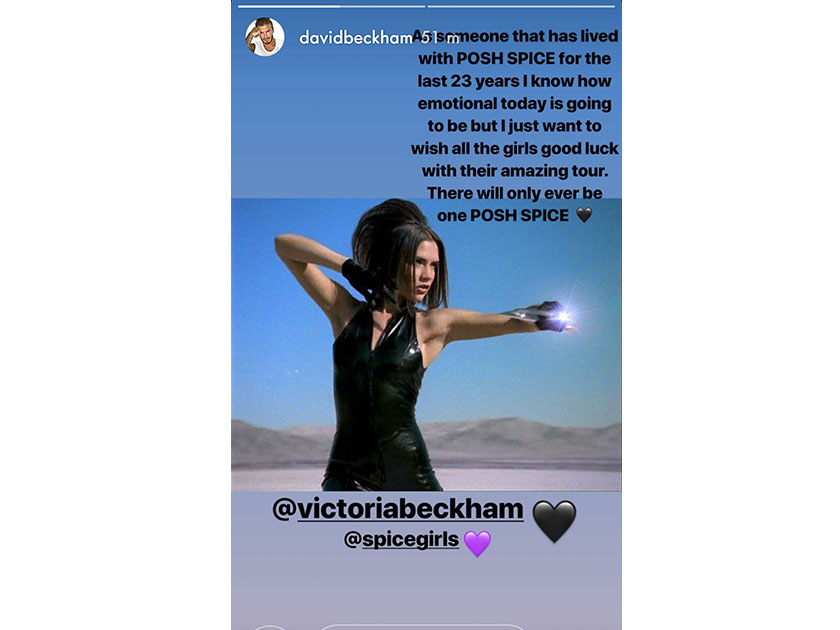 David captioned it, ‘As some one who has lived with POSH SPICE for the last 23 years I know how emotional today is going to be but I just want to wish all the girls good luck with their amazing your. There will only ever be one POSH SPICE. @victoriabeckham @spicegirls’

Despite his wife not being part of the band anymore, David has shown no hard feelings by sharing his support for Mel B, Mel C, Emma Bunton and Geri Horner. 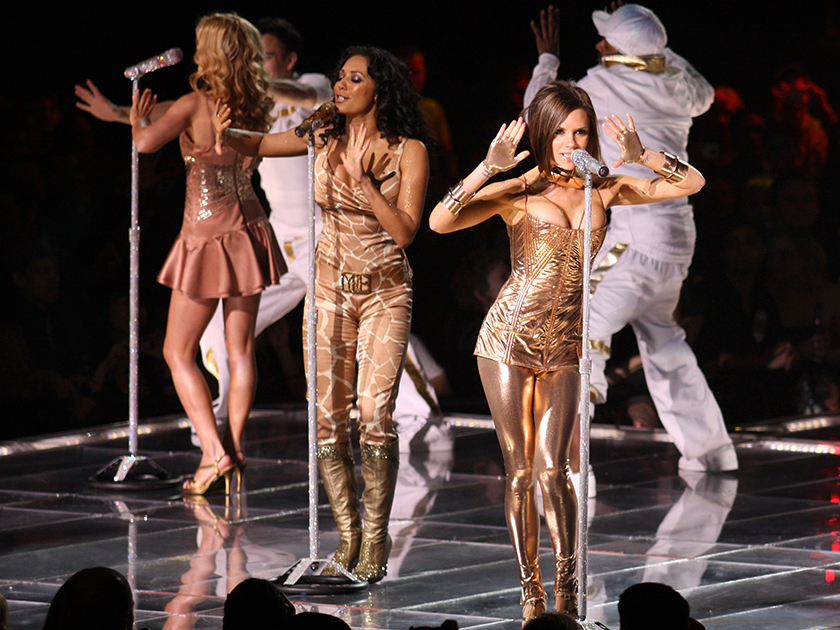 It comes as VB decided she would not be rejoining the band for their tour which kicks off tonight in Ireland at Croke Park.

Victoria previously said, ‘Today marks a special day for the girls as they announce the first tour dates since we performed together in 2012! I won’t be joining my girls on stage again but being in the Spice Girls was a hugely important part of my life and I wish them so much love and fun as they go back on tour next year. I know they will put on an amazing show and the fantastic fans past and present are going to have a wonderful time! X vb #spicegirls.’ 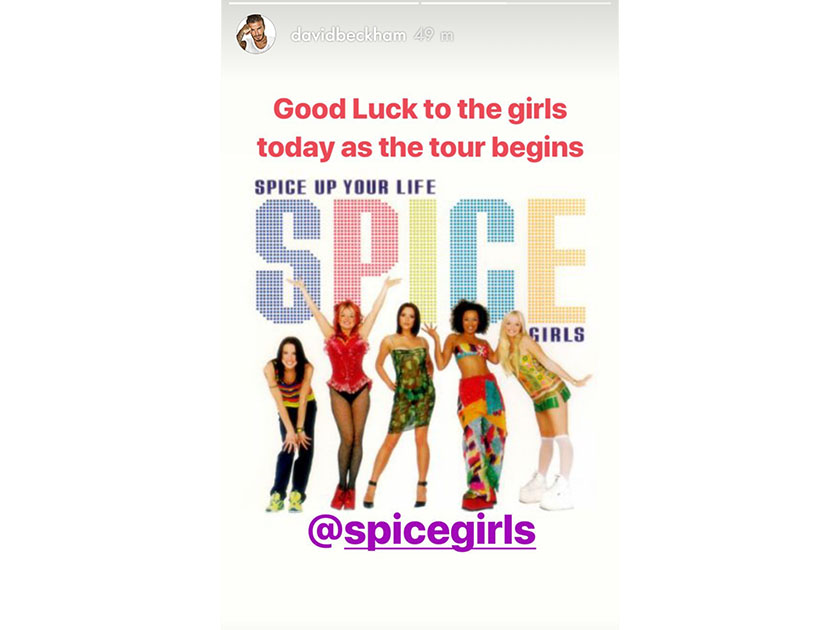 David also uploaded a snap of the Spice Girls to his instastory and wrote, ‘Good luck to the girls today as the tour begins.’
Fans are hopeful Victoria might join the band on stage for their London gigs or take daughter Harper along to watch them in action, having shown her the Spiceworld film earlier this year.