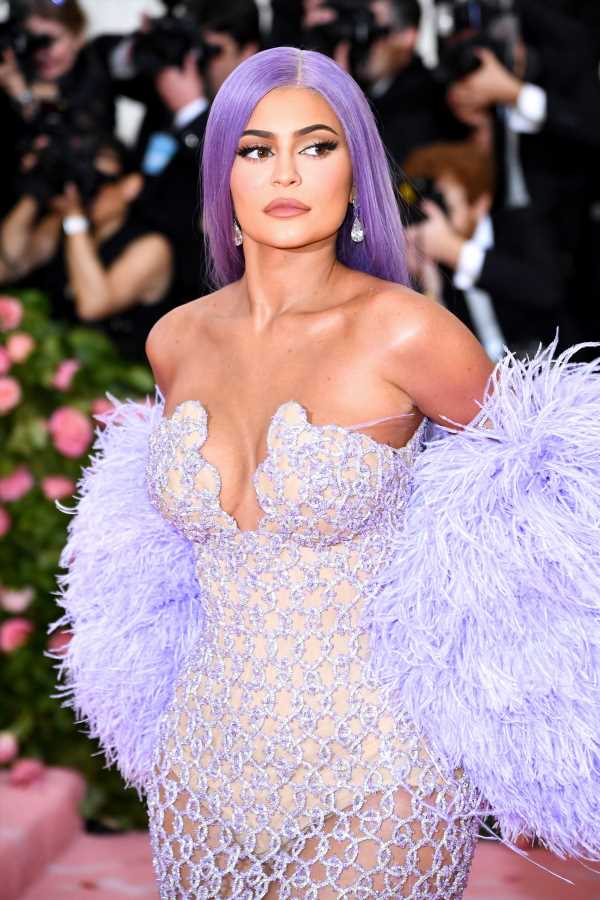 I am endlessly entertained by major celebrities doing normal things, and the videos of Kylie Jenner taking Ariel Tejada to the DMV tickles my funny bone. I have so many questions like: Did they shut the whole thing down specifically for them? Did she wait in her own luxury car or chill inside the DMV? Why didn’t Tejada have a license before now? Who drove who home? While Jenner did let us in on the fact that her makeup artist and close friend passed his test, fans are still waiting to see the two hit the road together.

While many KUWTK fans sat at their work desks idling away on Instagram while the clock ticked, Jenner was busy taking her friend to score his license. I guess she found time away from her busy schedule to sit in that long, long line? (Ha. Ha.) In her Instagram story, Jenner explains, "So, the adventures today — I am making Ariel get his f*cking license so he’s been studying all day. I told him yesterday and we’ve been studying."

Wait… is that how getting your driver’s license works? Did he have a learner’s permit? I forget how one goes about scheduling their test. What’s the protocol here?

Jenner’s videos continued showing herself and Tejada sitting in a very DMV-esque room (boring, crap lighting, no windows, yada-yada) waiting for his turn. Tejada admitted he was "a little" scared, which is totally fair. I was a full-blown sweat ball when I took my test, but not for nothing, I nailed that parallel parking sitch.

It looks like Tejada knocked it out of the park, too, because Jenner’s next video showed him busting out of the DMV door with a piece of paper like he was just told he’s going to Hollywood on American Idol. Jenner can be heard squealing "you passsssed!" in the background.

It looks like Tejada had at least one other friend there to support him, too.

Jenner also displayed her and Tejada’s BFF status on her "A Day in the Life" video that she recently shared on YouTube. The video follows Jenner around for a full day from morning to night and includes produced footage from a camera crew and home video from Jenner herself. The beginning of the day is predominantly made up of glam hours, business meetings, and hanging out with her baby Stormi. However, at night, Jenner through Tejada a surprise birthday party for the history books.

In the footage, his friends explain they just watched Tejada’s Instagram stories where he apparently stated he "hates surprises" moments before he arrived to his own surprise birthday party. To be fair, he showed up dressed to slay, which makes me feel like he had to have known something epic was coming.

Anyhoo, yes. That is a giant diamond ring Jenner gave him as a birthday present.

What’s a girl got to do to be friends with Kylie Jenner, eh? Not that relationships should be based on extravagant gifts and rides to do mundane errands, but it doesn’t hurt…

Related posts:
06/19/2019 Celebrity Comments Off on The Videos Of Kylie Jenner Taking Ariel Tejada To The DMV To Get His License Are BFF Goals
TV & Movies