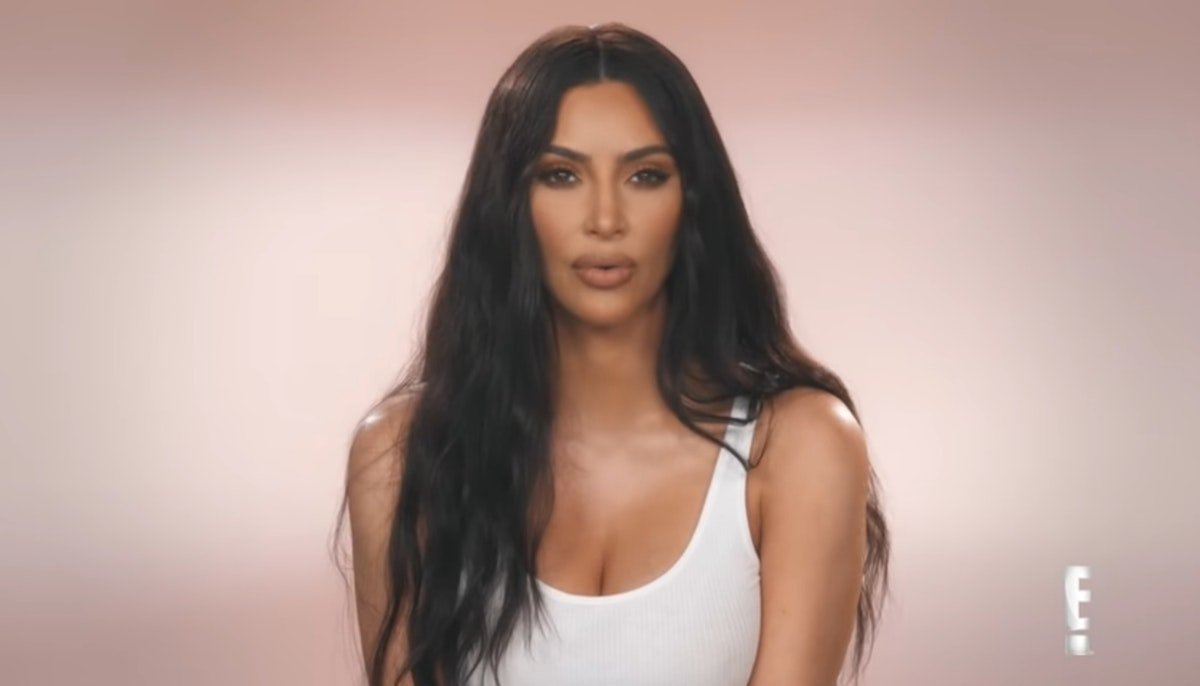 On April 10, 2018, Tristan Thompson shook the world when video footage of him seemingly kissing multiple women — despite being with Khloé Kardashian at the time — were published. Oh, and not to mention, the fact that Khloé was just days away from giving birth to their daughter on April 12. The pair tried to fix their relationship, but it got even worse once reports surfaced that Thompson had cheated again — and this time, reportedly with Kylie Jenner’s bestie, Jordyn Woods. Now, Kardashian fans are getting new info about the situation through KUWTK. A new video of Kim Kardashian worrying about Khloe Kardashian’s relationship with Thompson will have you questioning everything.

In the video, Kim Kardashian sat down for a talk with Khloé’s friend Malika Haqq in which Kim revealed that, while in Bali, she and Khloé saw a medium who said some pretty shocking things about both of them. For Kim, it was about her new baby. The medium told her that she would have a son and that he would be a reincarnation of Kim’s father, Robert Kardashian. Ooooh, I seriously have chills because as fans now know, Kim did have a son named Psalm. As to whether he is a reincarnation of Kim’s father, fans will just have to wait until he’s a bit older to find out.

Kim asked Haqq if Khloé told her about her reading, but Haqq said no. Kim thought it could be because she and Khloé had multiple readings, but the last medium they talked to stuck with Kim because she was spot-on about Khloé and Thompson’s rocky relationship. Kim said:

Later on in the episode, Kim added that she’s always concerned about her sister because she and Thompson have been through a lot. "I don’t think you can just forget about it," Kim said.

The clip then showed a flashback of Khloé with the medium, who told her, "Sometimes you don’t trust the person that you are with now. You feel fear."

Wow, if that didn’t give you goosebumps, maybe what Khloé said in the episode next will:

Watch Kim reveal everything in the video below:

Oof, as fans know, following that whole situation in February where Thompson reportedly made a move on Kylie Jenner’s BFF Jordyn Woods, Khloé reportedly ended things with Thompson for good. Elite Daily reached out about the situation at the time, but did not hear back at the time of publication.

Looking back at the footage where Khloé asked for a sign about whether to break up with Thompson or not is pretty hard to watch. Khloé deserves someone who will treat her right and I hope she finds that one day.