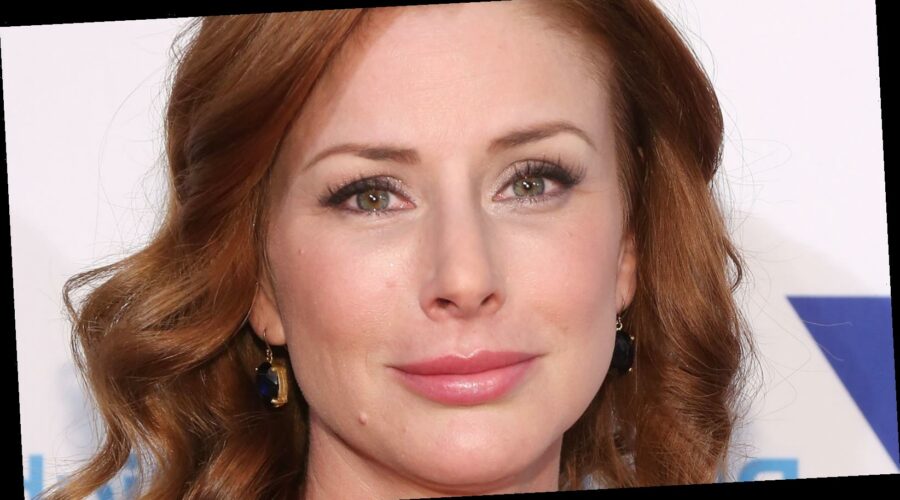 Diane Neal has already proven herself as an actress with authority, but her character in Lifetime’s Circle of Deception provided something of a challenge: playing sexy. Although Neal’s Peggy Sue Thomas is certainly as confident as Casey Novak or CGIS Agent Abigail Borin, the former beauty queen also knew how to work her feminine charm — a quality Neal told Nicki Swift she felt “really nervous” about portraying.

“In my 25 years acting almost nonstop until of late, I’d never done a sex scene or a romantic scene in my entire career,” she explained. While the ripped-from-the-headlines film dives into the murder of Russel Douglas, it also explores the web of lies surrounding his wife, Brenna Douglas (Jill Morrison), who’s friends with Neal’s character, Peggy Sue, and her former lover, Jim Huden (Tahmoh Penikett).

That meant Neal not only had to play Peggy Sue’s desperate and deceitful side, but her fiery and assured vixen side as well. “The evil parts were really fun because I have had a little too much real life experience with evil,” she said. “But to be like super sexy and have to feel it and be that kind of chick that’s just always into it, it was really hard. I have to say that was the hardest thing for me.”

While some scenes were easier to film than other, Neal exclusively opened up to Nicki Swift about why she was able to let go of her apprehension and fully step into the role.

The whole production was an uplifting experience

While her intimate scenes with Tahmoh Penikett were a career first, Diane Neal said director Ashley Williams made her feel “super comfortable” on-set. In fact, from their first phone conversation, it was clear to Neal that both Williams and Lifetime were going to be receptive to everything she brought to the table.

While Neal has been a recurring favorite on the small screen for decades, Circle of Deception marks her first role since 2015’s The Following and Blue Bloods. Because she was “sick recently” and put on weight, the actor had hesitations going into the film, but Neal was put at ease when the network told her: “Anything you want, however you look, go for it. We’re regular women.”

Though she sells Peggy Sue Thomas’ stone-faced deliveries, Neal also nails the character’s more vivacious moments whether she’s in bed, leading a dance at a bar, or spitting gossip on how to spice up sex. It was empowering, to say the least. “To be such a hyper sexualized woman in a bigger body was unbelievable,” Neal said. “My first [romantic scenes] are in this movie and as a bigger chick. As a real woman, like a woman-woman.”

With a female director (How I Met Your Mother alum Ashley Williams), a female screenwriter (Christina Ray), and a female lead, Lifetime’s Circle of Deception is a true example of by women, for women. “[They’re] kind of at the forefront of providing opportunities for women behind the camera and in front of the camera,” Diane Neal told Nicki Swift. Since 2015, the network has been giving women in the industry opportunities to write, produce, and direct through their Broad Focus initiative, but Neal has seen the disparity of female directors elsewhere firsthand.

“It’s one of those things that you don’t realize what you’re missing until it happens,” Neal explained, adding that working with the “incredible” Helen Shaver on Law & Order: SVU was the first experience she recalled. “The truth is, I’ve never been disappointed by any female director,” she said. Circle of Deception might be Williams’ feature-length directorial debut, but according to Neal, you’d never be able to tell. “She was so commanding, but at the same time, really kind,” she said. “She was hyper prepared, but then had this natural ability, so it was like the best mix of everything.”

Neal knows a thing or two about helming a project (she directed two episodes of the 2015 digital series Alphabet Boys) and her experience with Circle of Deception seems to have whet her appetite for more. “[It] would be really fun to do one day,” she said. “I’d love to direct a Lifetime movie.” For the record, we’d love to see it!