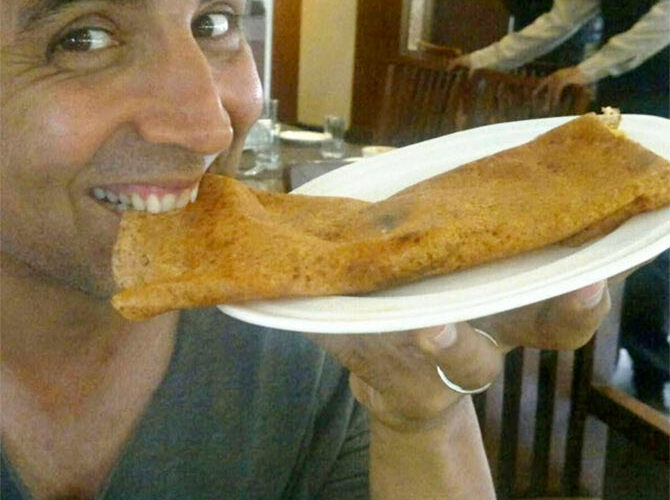 Food delivery giant Zomato delivered two biryanis every two seconds, according to the Gurugram-based firm’s annual report about how Indians ordered this year.

Though Zomato didn’t reveal the number of biryanis it delivered this year, the company said the dosa was the country’s second most ordered dish at over 8.8 million orders.

During the India-Pakistan T20 World Cup cricket match on October 24, over one million people in the country ordered food.

The Zomato report said a customer in Ahmedabad placed the biggest order in India worth Rs 33,000 on the Zomato platform.

‘A person named Shweta placed 12 orders in a single day, all for ice creams,’ said the Zomato report.

Honey Katiyal, a customer, has provided tips to the delivery partners on 1,250 orders.

Pritee, another customer, placed the most number of orders at 1,907.

Dishes such as paneer butter masala and butter naan together accounted for 1.1 million during 2021.

Over 200,000 customers ordered (cheese) dips through the Zomato app.

This is according to an annual report of the Bengaluru-based online food delivery company.

The StatEATstics report analysed millions of orders received by Swiggy for food, grocery on Instamart as well as drop service Swiggy Genie and HealthHub between January and December 2021.

Biryani was the top dish, getting more than 55 million orders this year compared to 35 million in 2020.

Samosa was the most binged snack of the year, getting about 5 million orders.