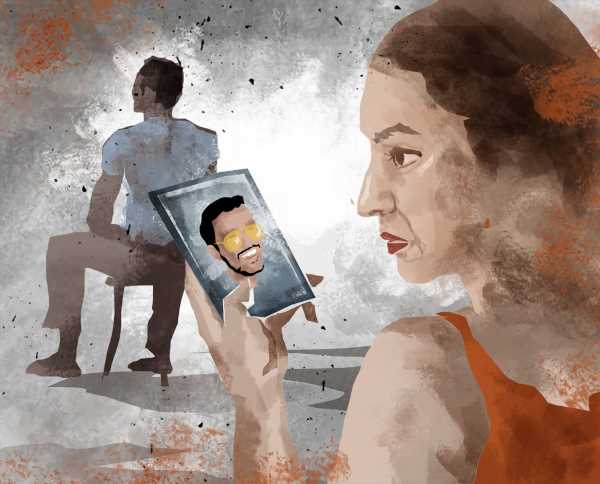 ‘If something appears too good to be true, it most likely is’.

Our brain works in funny ways.

It will retain totally useless memories for decades, while letting crucial tasks slip, like that important appointment next week or a dear friend you’re supposed to call back.

I know this because a rather strange incident has been plastered on my brain like slime for over 10 years now.

A girl from Madhya Pradesh’s Satna district, who was living in the same PG as me at the time, once relayed an oft-spoken phrase in her family, “One should never trust a fair-skinned Dalit and a dark-skinned Brahmin. They are both treacherous by nature.”

It was way before I could grasp the caste politics of our country (not that I am an authority on the subject now), but I remember feeling instantly disgusted.

It was such a strong statement and made so flippantly, it triggered my own list of people I shouldn’t trust; and the ones who wear their regressive caste politics so brazenly on their sleeves, made it to the top.

One of the thumb rules that I apply to my screening process for this list is the cliché, “If something appears too good to be true, it most likely is”.

Consequently, my list has grown manifold, with Good-Vibes-Only advocates and Insta influencers joining in.

But even the most hardened cynics can be caught by surprise once in a while.

A few days ago, a friend pinged me on WhatsApp to inform that she had spotted someone who is extremely close to me and extremely married, on Bumble (for the uninitiated, Bumble is a dating app).

I was instantly horrified and embarrassed.

Not because I stand on some moral high ground on the matter, but because the person this individual is married to is also extremely close to me.

Before I go further into the tip-off, I am sure you’d like to know (if you’ve made it this far into my monologue) what I mean by “extremely married”.

As I see it, there are various degrees of obligation to which couples commit when they tie the knot.

By my self-devised metric system, my husband and I are casually married, which means we don’t feel obligated to keep in touch with each other’s parents as most married couples do; heck, sometimes we don’t even shoulder the responsibility of socialising with each other’s friends, or adhere to other gender-based roles in a marriage.

Except, of course, from time to time, I lure him into emotional warfare and he will retaliate with the nervous energy of a man-child.

Now, the extremely marrieds are a bunch who are deeply entrenched in marital roles. (I must add that this metric system is in no way indicative of loyalty in a marriage. For me, infidelity is not a gradient that can be measured in different shades of grey.)

The extremely married Bumbling man of this story takes his role as a soon-to-be patriarch of his family rather seriously.

He will gladly bear all manly burdens on his narrow shoulders, socialise with the men at a party and never speak of his feelings, even when urged to do so.

He just doesn’t know how to.

“Thanks for letting me know,” I wrote back to the friend on WhatsApp and started mulling the truly amusing nature of the concept that is marriage.

Here is a couple that fought tooth and nail to get married, defying familial and societal disdain for inter-caste arrangements, and has worked insanely hard to build a rather nice life together.

They are an extremely good-looking and well-liked pair, true allies at home and out there in the world.

What is it, then, that makes one of them act out like this?

Is it accurate or appropriate to call these actions “acting out”?

Is it boredom, disillusionment, lack of self-awareness or the insatiable human need for more, some more and then some?

Are men so unanimously ill-equipped to handle their inner crisis?

If they are, someone should tell them that just like asking for directions, seeking help, advice or even just an outside perspective, has no side effects on their manhood.