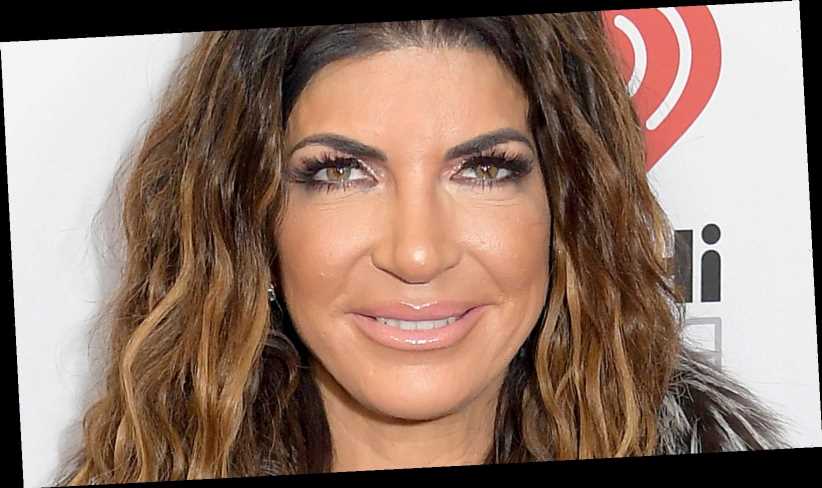 Teresa Giudice and boyfriend Luis “Louie” Ruelas are so in love! The couple is happier than ever, and it looks like some serious bling is in her future, according to the star herself (via Bravo). Teresa and Louie began dating in the fall of 2020, and it has been fast and furious since then.

Teresa finalized her divorce from ex-husband Joe Giudice in September 2020 after 21 years of marriage, and he’s definitely in the rearview mirror. There’s no drama between Joe and Luis, but it’s obvious who makes Teresa the happiest.The Real Housewives of New Jersey star cannot stop gushing over her new man, saying that Louie “expresses his feelings.”

“With Luis, he’s very open, he gets me to open up, and, like, I know exactly what he’s feeling,” she revealed. Sounds like a winner! It’s pretty clear Teresa is living in a fairytale, but if Louie popped the question, would she say yes? Keep reading for details on the pair’s engagement plans.

Teresa Giuidice appeared on Andy Cohen’s Watch What Happens Live on March 24, 2021 (via Bravo) and from what she told the host, it looks like the pair might take a walk down the aisle in the future. Cue the glitter! “I mean, you know, I feel it, so we’ll see what happens,” Teresa told Cohen.

Even though Teresa and her beau, Luis “Louie” Ruelas, are not living together yet, the reality star feels like she has it all. According to People, Teresa has so much in common with her new man, including a love of selfies, the beach, and her favorite hobby — shopping. “Oh my God, we’re like the same!” she says. “We like the same things. He’s beautiful inside and out.”

Louie has a lot going for him besides his good looks and tan physique. Teresa went so far as to call him her “soulmate.” If that’s not love, we don’t know what is!