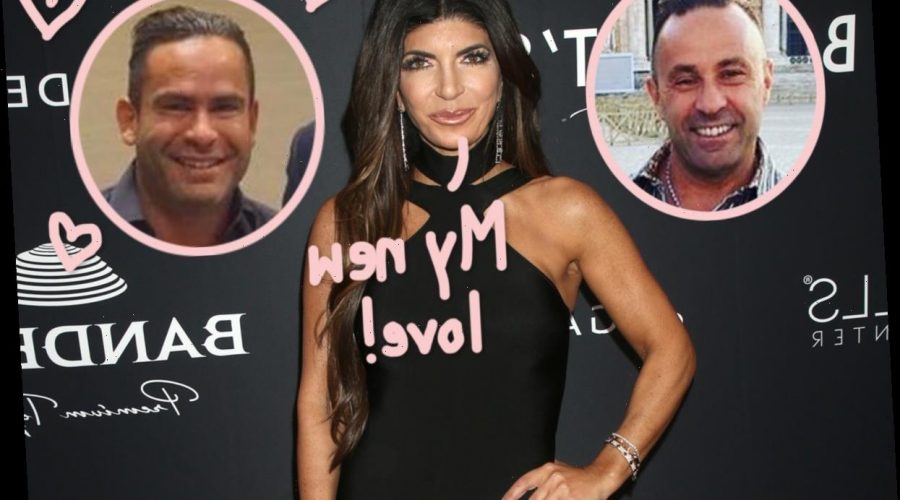 Teresa Giudice has officially moved on!

Almost a year since she split from ex-husband Joe Giudice and two months since she finalized their divorce, the Real Housewives of New Jersey star has found love again with someone new. Now we’re sharing everything we know so far about the budding romance with Teresa’s new boyfriend, Luis “Louie” Ruelas!

Related: Dominic West’s Marriage ‘Is As Good As Over’ After Making THIS Wild Confession!

The 48-year-old shared an update on her relationship status via Facebook, by posting a photo of herself and Ruelas enjoying what appeared to be a football game together. She included a link to an article about the pair and captioned the snap with:

“Excited to reveal my new boyfriend

How sweet! Although, it’s an interesting choice of words considering their backs are turned to the camera in the shot, LOLz. Maybe she’s stoked for an even more official reveal later on…

Despite her excitement, it appears Teresa is taking this connection relatively slowly and carefully, at least as far as social media is concerned. The Bravo star’s Instagram page shows no trace of Ruelas (yet) and he doesn’t appear to have an account with the platform either. Until the momma of four decides to share more details, we’ll just have to work with whatever info we’ve got!

So, who is this guy anyway?!

According to Page Six, Luis is the co-founder of the ad-tech company Digital Media Solutions. He is apparently the tan guy second from the right in this photo shared to the company’s IG:

Looks a little like a younger Joe, doesn’t he?

As stated in his bio, which the outlet discovered before it disappeared from the website, he has worked in the digital space for quite some time and even launched his first business in New York City at the age of 19. An excerpt from the site’s profile on the businessman reads:

“His extensive entrepreneurship experience, hustler mentality and competitive spirit culminate with his love of family and passion for community. A father of two sons, Luis spends a great deal of time advocating for children with special needs with a particular focus on Autism given his son’s condition.”

Ahh. We’ve spotted another thing the lovebirds have in common: they’re both single parents!

Additionally, the bio revealed that along with his business savvy skills, Louie is an “avid philanthropist” who currently lives in New Jersey like his girlfriend. It has to be much easier to make a hot, local new flame work rather than a long-distance, dead marriage of 21 years, we guess.

But as we recently reported, Teresa isn’t the only one who’s moved on. Her ex-hubby Joe admitted he has also started casually dating again, just one year after he served a 41-month prison stint for various fraud charges and was deported back to his native Italy.

Speaking to E! News last month with an extensive update on his life, Joe hinted that he was casually talking to someone, but clarified “we’re not really dating.” He added:

He also touched on his ex-wife’s dating life, noting that he fully expected her to move on given the circumstances of his criminal case and deportation:

“What’s she going to do, stay alone forever? That’s not fair. Look, if I would have got out and I would have been able to go home, who knows what would happen? Maybe we’d still be in the same situation, maybe not. I don’t know. Things change after so many years.”

Very true. Things do change. And it sounds like the former couple are both are on their way to forging new paths with new lovers very soon.

One thing that’ll remain the same, though, is Teresa and Joe’s commitment to co-parenting their daughters, Gia, 19, Gabriella, 16, Milania, 14, and Audriana, 11, who’ve already made a heartwarming family trip to see their estranged dad since he left the US last year.

Here’s to hoping the girls like their potential new stepdad! And we’ll keep an eye out for more details about the new couple as they come. In the meantime, we’d like our Perezcious readers to share their reactions to this news with us (below) in the comments!