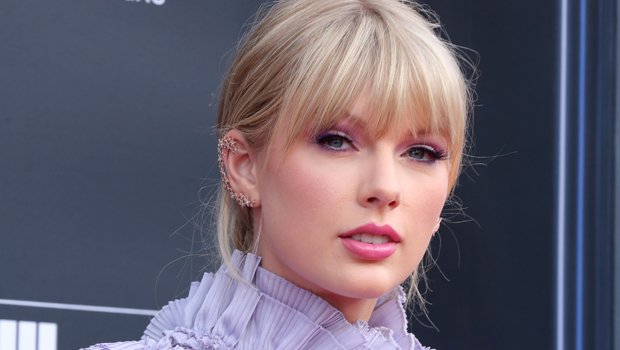 Taylor Swift rejected a question on a German radio show asking her about settling down with boyfriend Joe Alwyn.

Taylor Swift, 29, is happy to answer questions on her new media promo tour, but there’s one kind of question she just won’t answer. When asked about the “turning point” upon turning 30 in December this year, and if she will settle down with boyfriend Joe Alwyn, 28, the singer shut down the German RTL radio interviewer. “I really doubt men get asked the same question when they turn 30,” she replied. “I’m not going to answer that question.” While some celebrities might answer every and any questions thrown at them, Taylor stood up for herself and refused to participate in the sexist line of questioning.

One fan replied on Twitter to Taylor’s response, “Taylor ain’t having none of those sexiest questions ask about the music instead.” Another person said, “Queen [of] shutting down comments.” Someone else piped in, “They could ask so many questions to her!! And they chose to ask about this??? Really?? Ask her about her writing process or how many guitar she currently own. That I want to know!”

This wasn’t the first time Taylor has refused to participate in those kinds of questions. In 2015, an interviewer said on the Grammy Awards red carpet that Taylor was going to “walk home with more than maybe just a trophy tonight, I think lots of men.” Taylor replied, “I’m not gonna walk home with any men tonight. I’m gonna go hang out with my friends, and then I go home to the cats. Men get me in trouble. No.”

We love how Taylor has, and continues to, stand up for herself. She doesn’t need to answer any question she doesn’t like, and maybe this will teach people to ask her about her music and career as opposed to questions about having kids, marrying Joe, and so on!

05/25/2019 Celebrity Comments Off on Taylor Swift Shuts Down Question About Marriage & Kids: A Man Wouldn’t Be Asked That
India