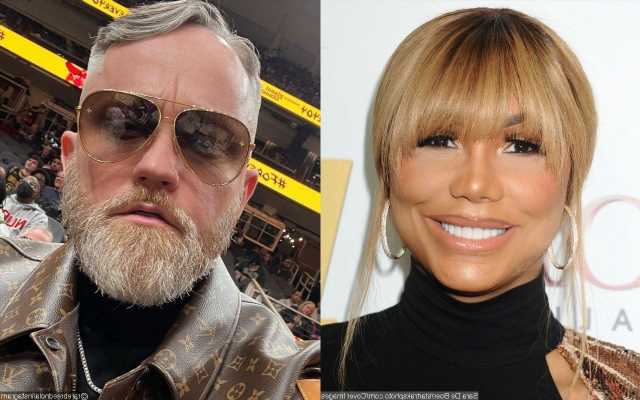 A woman, who claims to have a child with Jeremy Robinson, claims the Atlanta lawyer would be preying on black women at a club almost every night after he’s seen celebrating his birthday with the singer.

AceShowbiz –Tamar Braxton may be seeing red flags now. Shortly after she sparked dating rumors with a new guy, an alleged ex-girlfriend of Tamar’s new boyfriend Jeremy Robinson has called him out for “preying” on black women.

The anonymous ex spilled the tea in a lengthy Instagram post, which screenshot was obtained and shared by Gossip of the City. The woman, who claims to have a child with Jeremy, wrote, “He has a fetish over black women, so much that he often refers to himself as ‘lightskinned’, ‘while chocolate’ and tags himself ‘the minority within the minority’.” She said he “would attend the club almost nightly preying on beautiful black women and taking them home.”

The woman added that she found Jeremy “extremely rude, arrogant, racially insensitive, womanizing and degrading,” adding that “he claims to be an ally of the people and a protector of black women but his actions tells us otherwise.”

Detailing their co-parenting issues, she said, “He’s very dismissive of parental concerns.” She also accused Jeremy of manipulating her daughter “by sending screenshots of our adult conversations in his ‘family group chat.’ “

The woman went on branding the Atlanta lawyer “a colonizing predator that fulfill his fetish of biracial babies to further feed his ego and desire of wanting to be accepted amongst the black community.” She said he has five children with four different women, with two of them being pregnant at the same time last year.

A video has also surfaced showing Jeremy and his alleged former fiancee, who is a black woman. He reportedly was just engaged last year.

Meanwhile, another of Jeremy’s alleged girlfriends has threatened to expose him as well. The woman posted on her Instagram Story, “My sugar daddy done purposed I’m about to make him pay for the embarrassment TF.”

Gossip of the City also shared a picture of Jeremy getting down on his knee while presenting a woman with a ring. While the woman’s face was cropped out, it’s alleged that he’s going to marry Tamar.

Tamar and Jeremy’s alleged romance was first revealed over the weekend after footage surfaced of the two attending his 46th birthday party. The two walked hand-in-hand and were all smiles as they were greeted with loud cheers by the guests.

08/22/2022 Celebrity Comments Off on Tamar Braxton’s New Boyfriend Called Out by His Alleged Ex: He’s a ‘Colonizing Predator’
India