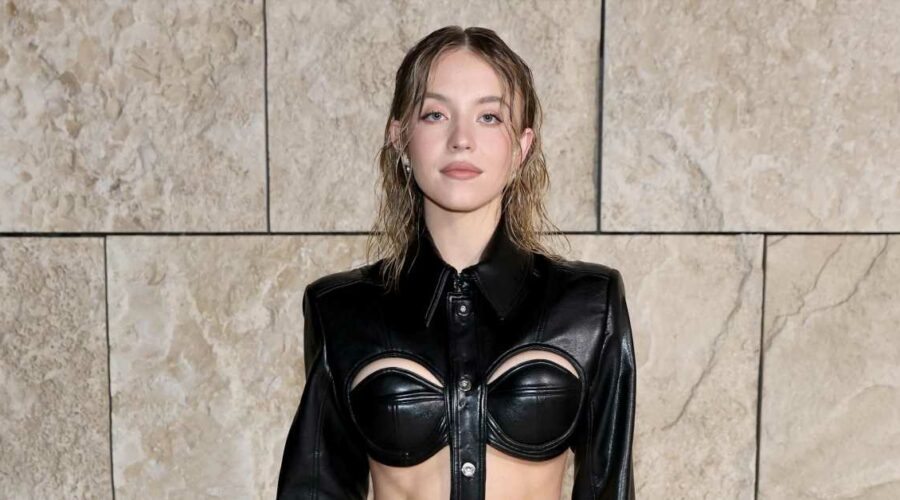 Sydney Sweeney knows how to do glam, but she’s also no stranger to being versatile with her fashion choices.

The Euphoria actress has hit the red carpet in a crushed velvet mini dress, knockout corset gowns, an Internet-breaking low-rise mini skirt, and even a glitzy Oscar de la Renta moment to accept two (!!) Emmys. She’s played around with some fun beauty moments (like Hailey Bieber’s glazed donut nails, but with an ombré twist) and even hopped on the re-emerging side-part trend. But Sydney is truly a style chameleon because she’s been spending Hot Girl Fall in the world’s largest hot desert with a dad-approved wardrobe to match.

“Dad-approved,” you say? Yes — we have two words for you: khaki shorts. The once-overlooked style that your dad probably reached for on “nicer” summer occasions has been revived as a minimalist style staple to help you achieve that utilitarian, ~post-apocalyptic~ vibe.

Sydney posed for a quick Instagram picture while filming an unnamed project in the Sahara Desert, a stunning sandscape in North Africa. Ever the style icon, the actress went casual-cute in a fitted cream tank top tucked into a pair of long, high-waisted khaki shorts. She secured them at her waist with a brown leather belt. Sydney opted for sand-friendly footwear, completing her monochrome ensemble with a pair of chunky, lug-soled combat boots and crew socks.

Sydney also included a dramatic, sunlit shot of a studio chair in the desert sand with “SYDNEY” embroidered across the back. “Omg babe, i can’t believe they left you on Arrakis 😭😭” joked one fan, in reference to the fictional planet from Dune. “The only thing hotter than the desert ^ 🔥🥵,” quipped another.

While Sydney didn’t specify which project she flew out to the Sahara to film, it’s most likely that she is currently in North Africa for the early stages of Barbarella. It was recently announced that the Euphoria actress would be taking on the titular role of the female superhero reboot and is expected to executive produce the project as well (hence the chair). Sydney is currently filming Sony’s Madame Web as well, but the film has mainly been filming in New York City.

If you’re feeling inspired by Sydney’s desert OOTD, we rounded up some of our favorite pairs of khaki shorts and chunky boots to add to your wardrobe below. Happy shopping!