Sunny Hostin called for legal action to be taken against the former president to show ‘what will not be tolerated in society.’

Sunny Hostin said she was shocked that former President Donald Trump hasn’t faced criminal charges for the January 6 insurrection during a Hot Topics discussion on The View on Thursday on the riot’s first anniversary. Sunny called for Trump to be held accountable. “I am very surprised that Donald Trump has not been criminally charged by the Justice Department. I think our Attorney General Merrick Garland must do that,” she passionately said.

When Joy Behar asked her co-host whether she felt there’d been accountability for the riot a year later, Sunny, who is a lawyer that served as an attorney in the Justice Department, gave her thoughts from a legal perspective. “Prosecuting cases is not just about accountability. It’s also about sending a message to the community about what will and will not be tolerated in a society,” she said, as she denounced the attack. “What better message to send not only to our country but to the world that subverting our democracy, that trying to coup, trying to attempt a coup, trying to take power when you lost an election is unacceptable in what many have called the greatest democracy in the world.”

During her call for justice, Sunny also said that the insurrection should raise red flags for what could happen again in the future. “I’m really just afraid that January 6 was a test run,” she warned. “We’ve got to protect voting rights, because we’ve seen the Republican power grab all over the country, and we have to have accountability for what happened on January 6.” 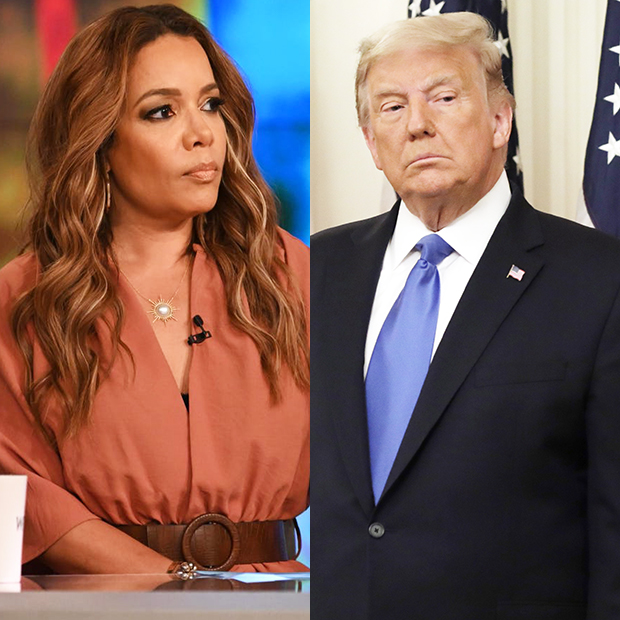 'The View' — Photos Of The Show

Later in the show, Sunny even got to ask journalist Bob Woodward, who co-authored the new book Peril about the finals days of Trump’s presidency, whether he thought the Justice Department would charge people who are investigated for the investigation. Bob said that due to “political reality,” it was unlikely, because it would set a precedent for future leaders to bring charges against opponents. “I don’t see, quite frankly, that Garland or the Justice Department would charge Trump with any crime,” he said during an interview. “I’m quite sure [President Joe] Biden, down in the White House, does not want to see that, even though today he suggested that it would be reasonable, given the abundance evidence.”