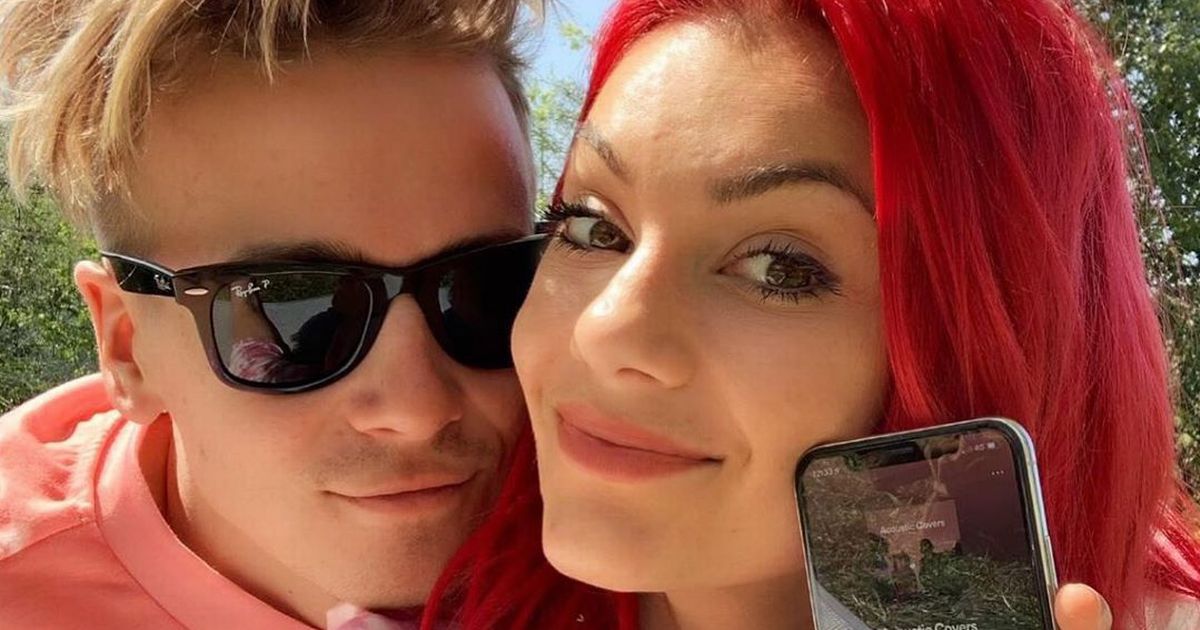 Strictly Come Dancing professional Dianne Buswell has denied she is pregnant with boyfriend Joe Sugg's child after teasing fans about a 'new project'.

The 30-year-old dancer has been looking more loved up than ever with her dance partner, YouTuber Joe .

The pair have been going strong since they went public with their relationship immediately after they were pipped to the Glitterball Trophy in the final of the BBC dance competition.

More than six months into their romance, fans of the couple are hoping that there will be some big life news some time soon.

So, there was much excitement when Dianne teased that the pair had a 'new project' coming under the codename of '#ProjectJoanne'.

Both Dianne and Joe have said that there was something "big and exciting coming.

These followers seemingly jumped to the conclusion that Dianne was actually pregnant and this was the 'exciting news' that brought Joe and Dianne's names together in the project title.

Within the hour though, fans of the couple had their hopes dashed as Dianne posted a new update on her story, in which she denied that the 'project' was the happy couple starting a family.

Dianne shared a post from one her followers which read: "I can't be the only one who even had a thought that @diannebuswell is preggers?"

The pro dancer then added her own reply, which denied that that this was the case: "Hahah I can assure you all that #projectdianne is not a baby"

With Dianne due to join the Strictly line-up again when the show returns again in the autumn, bosses at the BBC will no doubt breathe a sigh of relief.

With the pair seemingly in the for the long haul, fans of Dianne and Joe might get the news they hoped for at some time in the future.