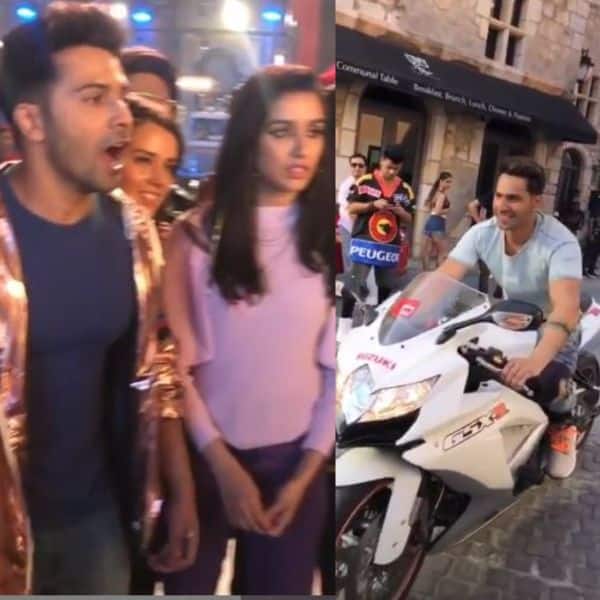 Varun Dhawan seems to be completely enjoying himself on the sets of Street Dancer 3D since it is clearly homecoming feeling for him, having worked with almost the same team during ABCD 2. After doing an intense prep for playing Kalank’s Zafar, Varun put on his dancing shoes, quite literally, and we are loving it. The actor keeps his fans updated with the latest happenings on the sets of Street Dancer 3D by regularly sharing videos and bTS pics from the Remo D’souza directorial. After sharing some intense clicks with Remo from the sets, the Judwaa 2 star shared a fun video with his co-stars from Street Dancer 3D with the boys hip hopping away to glory. And now Varun has shared another video featuring himself, Shraddha Kapoor and their other co-stars forcing their director Remo to not call it a day and continue shooting as they totally love it. And believe us, it is too cute to watch.

Have a look at it here:

Talking about having fun on sets, Varun is making the most of it even on his own. Apart from the above video, the actor shared a small clip on his Instagram stories where he is seen riding a bike, initially in slo-mo, and later zooing away. Well, looks like Varun is totally having his guy time with Street Dancer 3D and we are loving all the BTS shares that are happening from his account. Here’s the video from Varun’s Instagram stories:

Street Dancer 3D is based on India-Pakistan rivalry and uses dance as the backdrop. The film is produced by Bhushan Kumar, Divya Khosla Kumar, Krishan Kumar and Lizelle D’Souza. It also stars Shraddha Kapoor and Nora Fatehi. However, the film, which was initially supposed to release in November this year, will now hit the screens on January 24, 2020. It will now clash with Kangana Ranaut’s Panga.

06/03/2019 Celebrity Comments Off on Street Dancer 3D: Varun Dhawan and Shraddha Kapoor refuse to leave the sets; the actor has fun zooming around on a bike | Bollywood Life
India