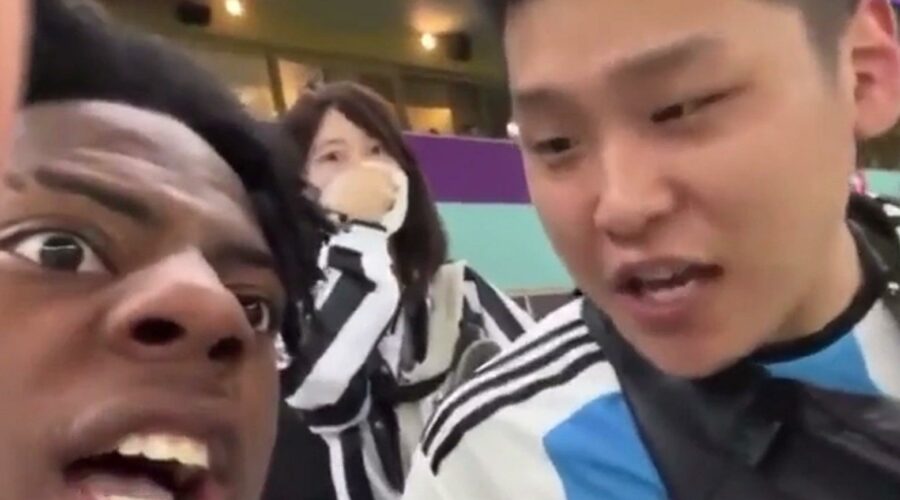 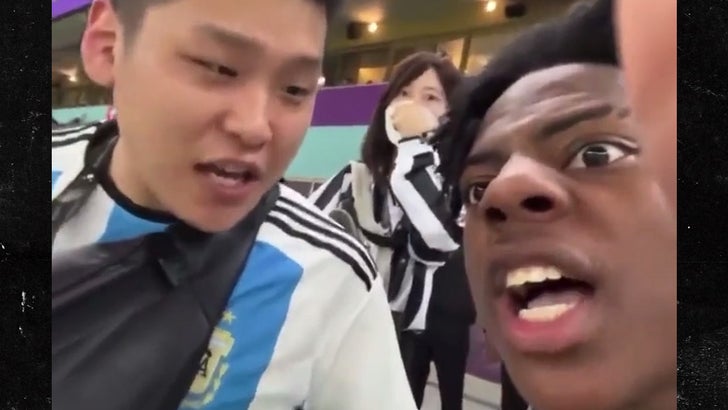 Popular Streamer IShowSpeed is coming under fire for a gross racist exchange he had with a Chinese fan at The World Cup … with people urging he do better.

IShowSpeed — who has 14M subscribers on YouTube and nearly 6M followers on Instagram — is in Qatar for the massive soccer tournament, and has live streamed a lot of his time in the stands.

The controversial clip shows the streamer call attention to an Asian fan in an Argentina jersey. Speed asks why he’s wearing the gear — seemingly pointing out he doesn’t look Argentinian. 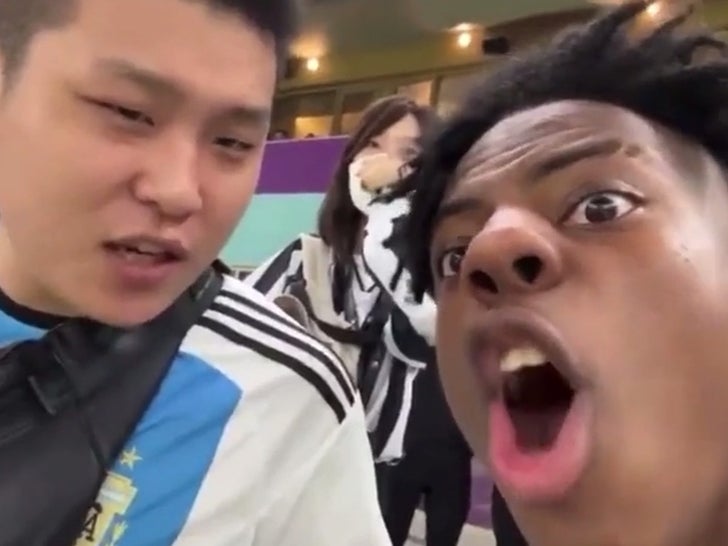 From there, he shouts, “Konnichiwa!” — a formal word for “hello” in Japanese — several times at the fan. The fan tries to explain he’s not Japanese, but Chinese … and then ISS begins rambling off nonsense with an accent.

Naturally, and rightfully so, Speed’s fans have littered the comment section on his social media pages denouncing the exchange. One wrote, “Stop spewing macro-aggressions and racism towards Asian people and use your platform for something positive.”

Another said, “You failed Asian Americans and Asians everywhere. We all make mistakes. But grow up. Do better. Be a better example for the youth.” While another simply wrote, “ishowracism should be your new name from now on.”

The 17-year-old attempted to offer up an explanation as to what he was thinking, but it didn’t really help his cause. He says he thought the man was Japanese — though he doesn’t explain why — and that his adrenaline was pumping during the video.

He insists he’s not racist, and apologizes, “If it comes off that way.”