Eve Jobs, 23, has been spotted on a rare outing in Rome, Italy. The daughter of the late Steve Jobs was photographed shopping with her mom Laurene Powell Jobs, 57, at Dolce & Gabbana on September 17 — see all the pics here. The mother-daughter duo explored Rome’s Spanish Steps neighborhood, and did some window shopping while wearing protective face masks. Laurene, who was married to the Apple co-founder for 20 years before he died in 2011, is worth an estimated $21 billion after inheriting his fortune. 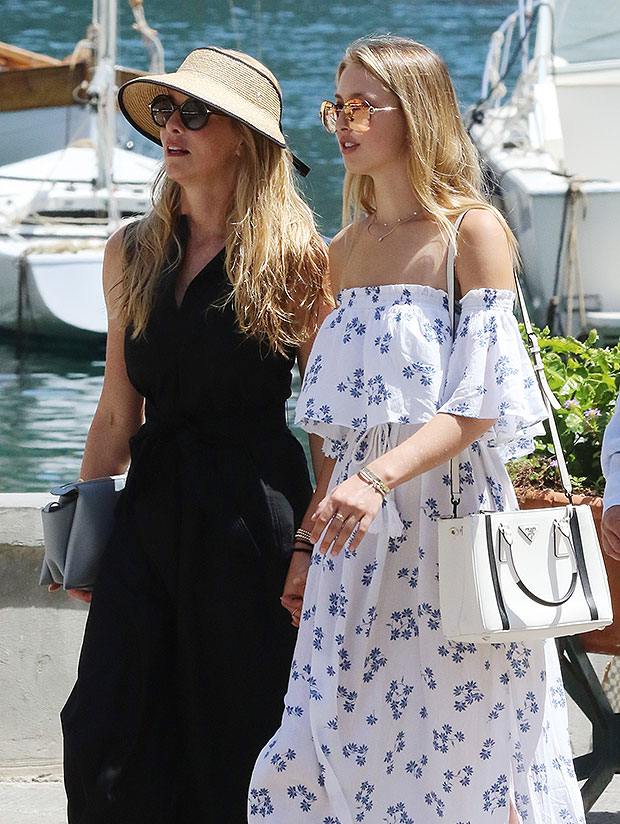 She was dressed in a black jumpsuit which she paired with a mesh undershirt featuring a geometric pattern. She styled her blonde tresses in loose waves as she accessorized with a long gold necklace and black handbag. Eve looked equally chic in a cream crop top with high waisted jeans which she paired with a baby blue belt. The duo were later seen dining with friends at Nino’s restaurant.

Laurene and Eve are in Italy for the Longines Global Equestrian Championship, which took place September 16 to 18. Eve competed in the first day of trials, and her proud mom watched from the sidelines. The Stanford University alum is an accomplished equestrian and  often shares social media photos from festivals and competitions that show her in action on her horse. 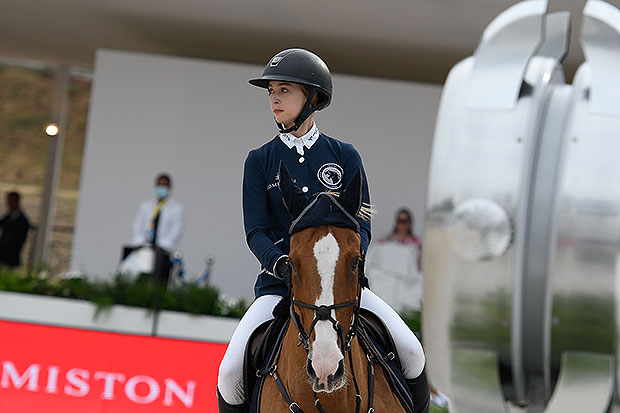 Earlier this year, she also confirmed her romance with and Harry Hudson, 27. If his name sounds familiar, it’s because he’s a longtime Kardashian family friend, and the sweet couple put on a PDA display in the January 2021 pics.

Harry is also a musician who’s released two albums, including Yesterday’s Tomorrow Night, which was released in 2018, and Hey, I’m Here For You, which he dropped in 2020. After moving to Los Angeles from Liverpool, where his mother hails from, he met Kendall and Kylie Jenner, who helped promote his music and in turn, led him to meeting siblings Jaden and Willow Smith. He later teamed up with the A-listers to form MSFTS, an “art collective and lifestyle brand that encompasses music, fashion, education and more.” Talk about a power couple!