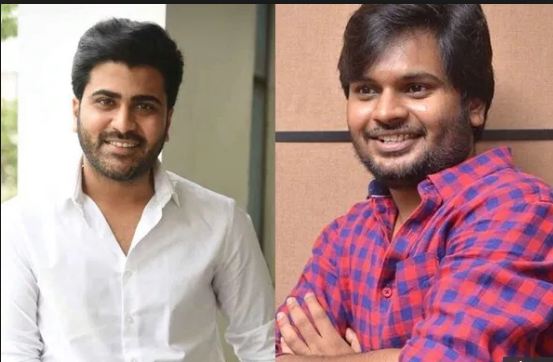 If ongoing buzz in media and film industry is to be believed, young actor Sharwanand will be seen working with Sriram Aditya for an upcoming project. Sriram Adittya had earlier directed movies such as Bhale Manchi Roju, Samanthakamani and Nag–Nani’s multi-starrer, Devadas. The sources say that Sriram Aditya has recently narrated a script to Sharwanand and if he gives his green signal, very soon the official announcement will be made regarding this project.

Sriram Aditya is an screenwriter and director who predominantly works in Telugu cinema. He made his directorial debut with critically acclaimed film, Bhale Manchi Roju. His latest released movie was natural Star Nani and Akkineni Nagarjnna starrer Devadas, which was ended up commercially flop at the box office. Before entering in the film industry, Sriram Aditya worked as software engineer in big MNC companies like Google and Facebook. Currently Sriram Aditya is getting ready to team up with Sharwanand.

Sharwanad is currently working with Sudheer Varma for upcoming action entertainer Ranarangam. Yesterday the makers released the first look poster of Sharwanand, which grabbed several eyeballs. Sharwanand is playing gangster in this film which has Kajal Aggarwal and Kalyani Priyadarshan in female leads. The actor is pinning lot of hopes on Ranarangam.

05/26/2019 Celebrity Comments Off on Sharwanand next with Sriram Aditya?
India