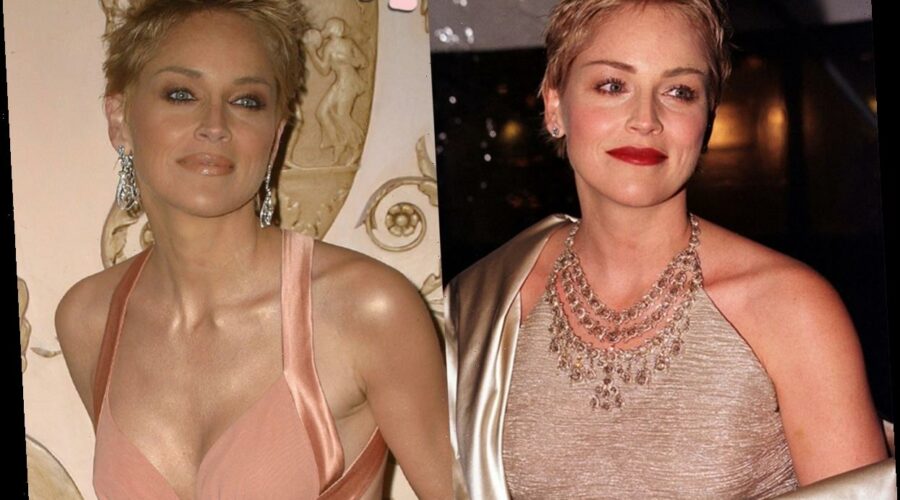 Wow, Sharon Stone has not been holding back for the release of her memoir, The Beauty of Living Twice.

The 63-year-old has already spoken out about pervy producers telling her to sleep with co-stars and being tricked into showing off her vajayjay in that infamous scene from Basic Instinct.

Sadly, what might be the most egregious story of facing misogyny as a big Hollywood actress was yet to come…

The tell-all, out March 30, tells the story of when some butcher gave her breast augmentation without her consent. The Casino star writes, per an excerpt in The Times, about getting surgery in 2001 to remove some tumors from her chest. While they were benign, she describes them as “gigantic, bigger than my breast alone.” Even benign tumors that large can cause serious health problems, so she had no choice there.

What followed the removal was supposed to be a reconstructive surgery of the area in which the masses had been removed. However, shortly after she woke from her surgery, she learned the doctor had decided, on his own, to give her bigger breast implants! She says:

“When I was unbandaged, I discovered that I had a full cup-size bigger breasts, ones that he said ‘go better with your hip size.’ He had changed my body without my knowledge or consent.”

WTF?! That is truly shocking.

This man literally carved his own beauty standards into her body, potentially causing even more health problems! We cannot begin to imagine what a breach of trust this must have been! Not to mention it sounds like a serious ethical transgression!

Sharon says she demanded answers from the surgeon, and he told her he “thought that I would look better with bigger, ‘better’ boobs.”

Wow. Just… Ick. There is a long and ongoing history of men taking medical decisions about women’s bodies out of their hands, but we can’t remember ever hearing of a case in which it was done so blatantly!

How is this person not in jail?? Seriously, did she sue at least?

We aren’t sure why she didn’t pursue the matter further at the time, but we do know she had more pressing medical problems to deal with immediately after. That very same year, in September, is when Sharon had her stroke.

The Golden Globe nominee speaks in her book about the “near-death” experience that gave her book its title. As Willie Geist, who interviewed her for Sunday Today, put it, she talks about some pretty vivid stuff she remembers from that moment: “the light, the feeling of falling, seeing people who had passed.” As she told him, it was a transformative experience:

“I found out that I wasn’t the only one who’d had this kind of experience. It’s so profound. And I know that scientists feel that it’s a scientific thing that happens. And spiritualists believe that it’s a spiritual thing. Personally, I’m with Einstein, who believed that it’s both.”

Unfortunately, after the stroke, her financial situation probably didn’t make it easy to pursue any kind of action against her surgeon. She lamented:

“I had to remortgage my house. I lost everything I had. I lost my place in the business. I was like the hottest movie star, you know? It was like Miss Princess Diana and I were so famous, and she died and I had a stroke. And we were forgotten.”

It wasn’t just the medical bills and the break she had to take from working. She says she was greeted with a real lack of empathy for her situation:

“People treated me in a way that was brutally unkind. From other women in my own business to the female judge who handled my custody case, I don’t think anyone grasps how dangerous a stroke is for women and what it takes to recover.”

So awful. Sounds like this memoir is going to really be something. You can get your hands on The Beauty of Living Twice on Tuesday.

03/30/2021 Celebrity Comments Off on Sharon Stone Claims She Was Given Bigger Breast Implants Without Her Consent! Huh?!
India