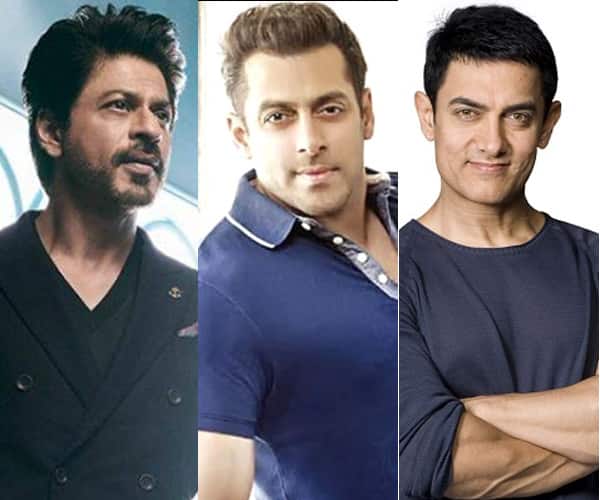 Right from 1950s, we have witnessed superstars from different eras of Bollywood like Rajesh Khanna, Amitabh Bachchan, SRK, Aamir, Salman, Akshay and many more. But if we see today’s generation, it looks that there will be no stardom of any actor in the upcoming days as the audience are now attracted towards content than the stars. When asked about this to Salman Khan, the Bharat star said, “It will always fade away. It’s a huge task to keep it going for such a long time. In fact, I think Shah Rukh, myself, Aamir, Akki, we are the only ones, who’ve been able to pull it off for such a long time.”

Honestly, we agree with Salman Khan as in today’s time, the audience goes for the content and not the stars. Meanwhile, the 53-year old star will be next seen in Bharat opposite Katrina Kaif. It is an official adaption of a Korean film, Ode To My Father.

Director Ali said that he was extremely impressed with the 2014 Korean drama but the adaptation had to be in sync with the Indian sensibilities. “I didn’t want to call it ‘Ode to My Father.’ I wasn’t looking only at the promise he makes to his father but a lot of other things. I told Salman I’ll make the film as not only his but the nation’s journey. But I needed to know what the character should be called. I thought Ram is an ideal hero from mythology. Could the character be called Arjun because he is doing it for his dharma, karma? Or should he be called Karna, a selfless hero. What do I call the film? I felt if he is synonymous with what the nation has been over the generations, he should be named after the country. One night at 3 AM, I was tossing on the bed, thinking hard, and then I had it: Bharat.” The film also stars Disha Patani, Jackie Shroff, Sonali Kulkarni, Tabu, Sunil Grover and Nora Fatehi in key roles. The film is produced by Atul Agnihotri and Bhushan Kumar and is scheduled to hit the screens on June 5 during the Eid weekend.

05/25/2019 Celebrity Comments Off on ‘Shah Rukh Khan, myself, Aamir Khan and Akshay Kumar, we are the only ones, who’ve pulled off the stardom for the longest time’, says Salman Khan | Bollywood Life
India