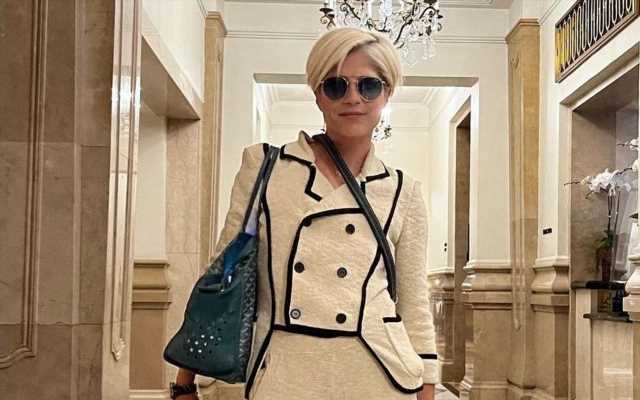 While she’s ‘so much better’ as her multiple sclerosis symptoms have stopped getting worse, the ‘Cruel Intentions’ actress still finds dealing with her MS condition a challenge.

AceShowbiz –Selma Blair reveals she has “stopped having regression” with her multiple sclerosis (MS) symptoms. The 50-year-old actress announced that she’d been diagnosed with MS back in 2018 and, even though her symptoms haven’t become any worse in recent times, it remains a day-to-day challenge.

“I’m so much better, but it haunts my physical cells. It’s there. Some people wake up two years later and they’re like, ‘I’m healed! Colours are brighter!’ But I never had that moment. I just stopped having regression,” shared Selma – who suffers from slurred speech and some mobility issues.

Selma’s approach to life has actually been transformed by her health troubles. She told SELF magazine, “It rewired me to find acceptance in being honest about my faults, about my past addiction, and about my problems. It made me more empathetic towards myself.”

The actress doesn’t feel any “shame” about her symptoms, either. She said, “Me going through my day with my halting speech at times and then it going back to normal – that’s visibility for people. I don’t have shame in that at all. I know some people find it curious, but we all have something.”

In December, Selma claimed that speaking publicly about her MS diagnosis had damaged her career. The actress is convinced that her decision to speak so honestly has had a negative impact on her career in Hollywood. She shared, “When I talked about it, there was so much support, but I never got a job again.”

The actress has experienced fatigue and speech disturbances for decades. However, she remained tight-lipped about the issue for a long time because she thought it would damage her career. Selma – whose film credits include ‘”Cruel Intentions” and “Hellboy” – said, “I was ashamed and concerned I wouldn’t work again.”