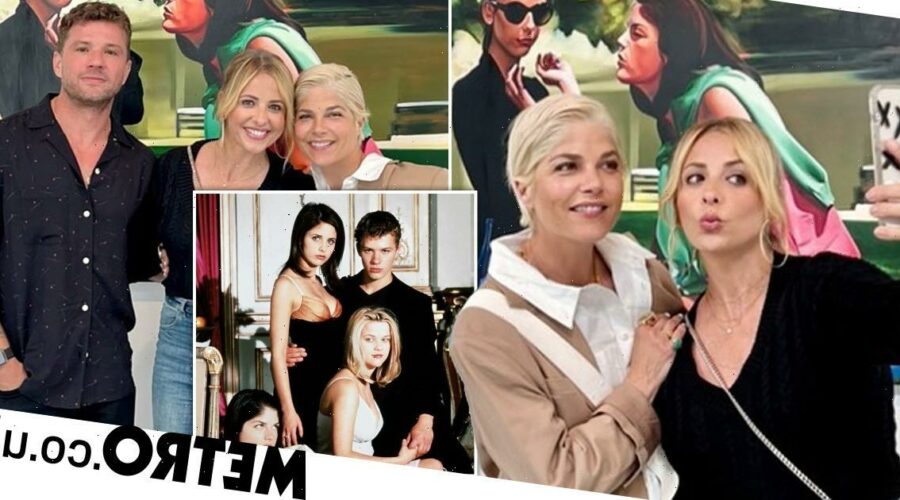 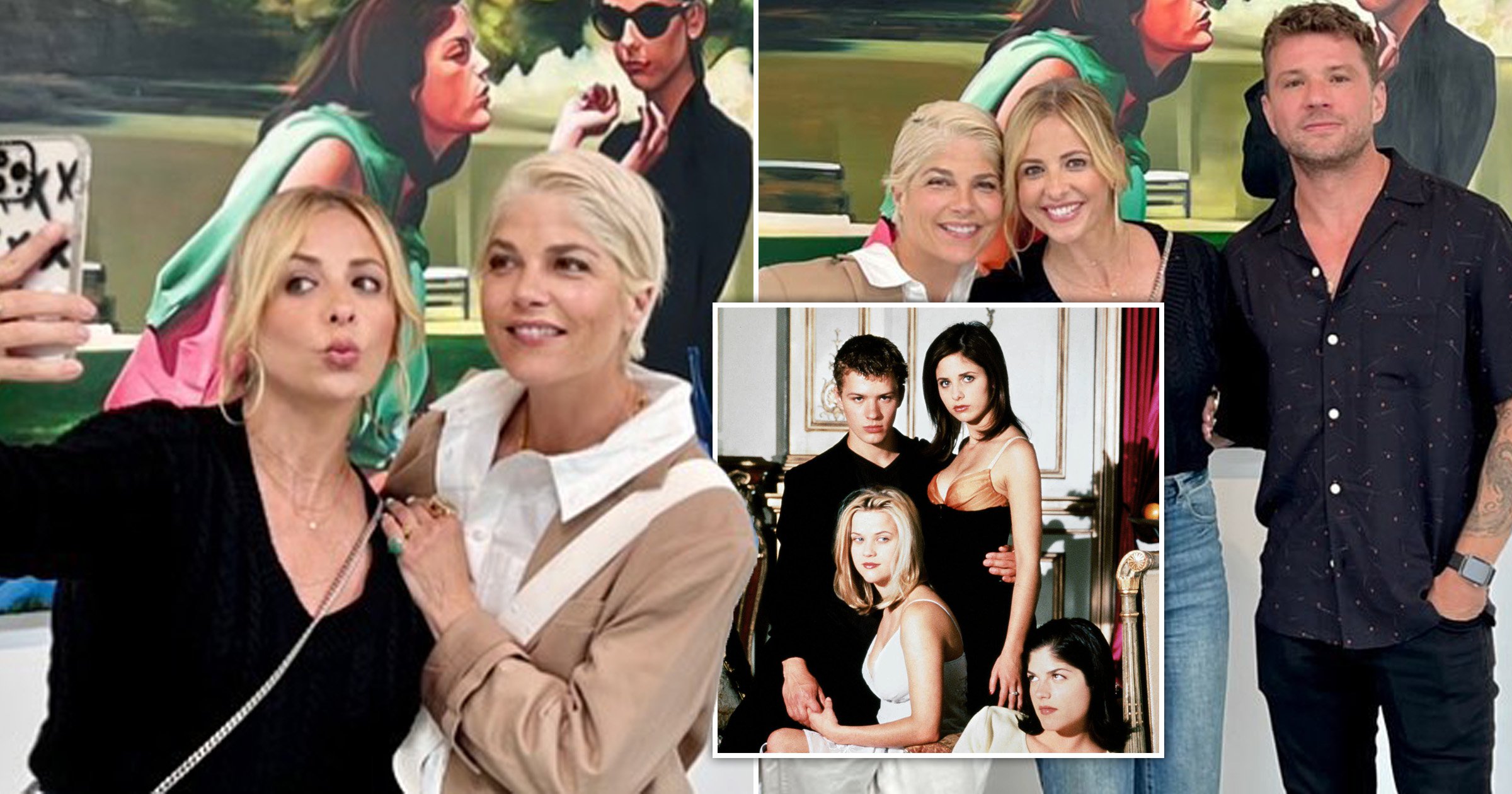 On Thursday, the actress delighted fans by taking to Instagram to share snaps of the trio hanging out at the Jeffrey Deitch Gallery in Los Angeles, which displayed several images from their iconic 1999 teen film on its walls.

The first of the photos showed the former colleagues standing in front of a painting of the iconic scene that involved Sarah Michelle and Selma’s characters Kathryn Merteuil and Cecile Caldwell at a park just before they share a steamy kiss.

In another picture, Ryan, 47, who shares two children with another Cruel Intentions star, his ex-wife, Reese Witherspoon, is seen flashing a smile with his arms crossed as he and his co-stars look at the painting of his infamous nude scene from the film.

In other images, the film’s director Roger Kumble and producer Neal Moritz were also present and posed with the actors in front of the artworks.

‘Art and surprises on my birthday. What a special day. Thank you @wkndpartyupdate and @jeffreydeitchgallery (and of course @selmablair @ryanphillippe @rogerkumble @nhmoritz),’ Sarah Michelle wrote in the caption.

Meanwhile, the Jeffrey Deitch Gallery posted: ‘What an absolute joy for the legendary cast, director and producer of Cruel Intentions to stop by for a surprise visit on @sarahmgellar’s birthday and pose in front of Sam McKinness’s (@wkndpartyupdate) brilliant paintings!

‘Both are works are included in “Luncheon on the Grass: Contemporary Responses to Édouard Manet’s Le Déjeuner sur l’herbe,” on view through May 7!’

Fans took to Sarah Michelle’s comment section with celebratory messages for her birthday.

Her I Know What You Did Last Summer friend Lindsay Price also shared a tribute to Sarah Michelle on her own page with ’90s throwback snaps of the two of them as teenagers working on US soap All My Children.

While Sarah Michelle, who recently revealed that she and former co-star Alyson Hannigan had ‘heated moments’ on the set of Buffy the Vampire Slayer, hasn’t been making films or TV shows in recent years, she has been active on social media keeping fans in the loop about how she’s been spending her time.

These days the star has been primarily focused on her family and social life.

She often shares snaps and videos of herself hanging out with pals on exotic holidays or with her actor husband Freddie Prinze Jr, also 45, and their two children, Charlotte Grace Prinze, 12, and Rocky James Prinze, 9.